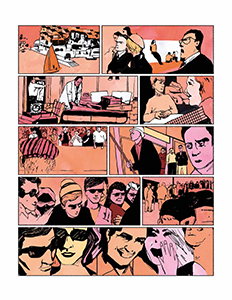 order
wishlist
Reconstitution of a comic book appearing at the beginning of the film Fahrenheit 451 by François Truffaut. With this publication, Spanish artist Francesc Ruiz also questions the status of the comic book at the time the film was made and also within the dystopian universe originally created by Ray Bradbury.
The publication is the reconstruction of a prop from the film directed by François Truffaut in 1966: a comic without text that the main character browses for a few seconds while lying in bed. The 8-page publication contains some original images of the comic from the movie itself and others taken from the still film images from the shooting and was completed after research on styles and authors of the period, mixing some material borrowed from James Bond comic strips (Truffaut's film was shot in Pinewood Studios in London with the same production team as the James Bond movies) with new content that helps to understand the meaning of both the film and the novel, adding a new narrative perspective.
Limited edition of 400 copies. 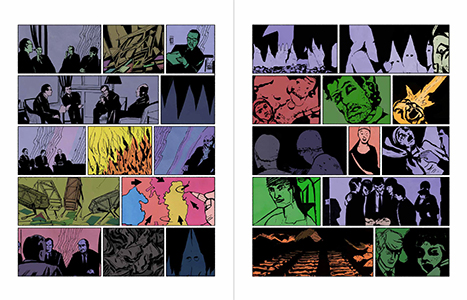 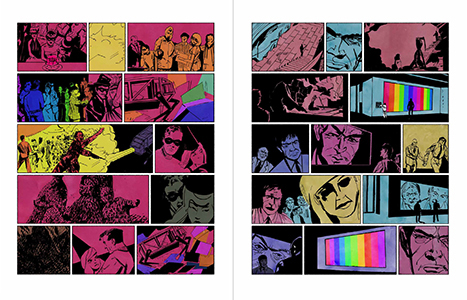 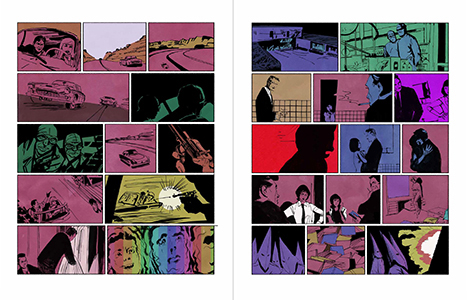