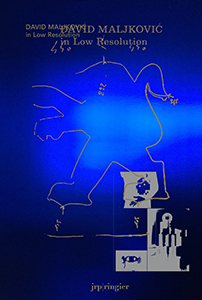 order
wishlist
A case study about concept cars and former modernist memories (artist's book).
For the past 15 years, David Maljkovic has been fascinated with the French car company Peugeot and its futuristic “concept cars” conceived in the 1980s to modelize what the car industry would look like in the 2000s—now evidence of a long outdated belief in progress and technology. In his film Out of Projection (2009-2015), filmed at the Peugeot headquarters and innovation campus in Sochaux (eastern France), automobile prototypes accompanied by now-retired former employees unfurl before us, serving as symbolic links between past and future, and giving us an insight into our complex contemporary relationship with past forms, time, and space. Centered on this landmark work, which is unfolded through related projects, archives, documentation, film stills, etc., this artist's book constitutes an emblematic case study of David Maljkovic's practice and obsessions.
Designed by London-based graphic design studio Åbäke, it is published as the editorial sequel of the exhibition “In Low Resolution” held at Palais de Tokyo, Paris, in 2014, and co-organized with Festival d'Automne (Paris). Besides publishing never-before-seen material, it also contains an essay by curator and art critic François Piron, and an interview with Julien Fronsacq, curator of David Maljkovic's exhibition at Palais de Tokyo.
Published following the eponymous exhibition at Palais de Tokyo, Festival d'Automne, Paris, from October 20, 2014, to January 11, 2015.
The work of David Maljković (born 1973 in Rijeka, Croatia, lives and works in Zagreb and Berlin), which includes films, sculpture, collage, and installations, develops a critical enquiry into the legacies of modernism, in particular through the architectural symbols and sculptural forms of former socialist Yugoslavia and Eastern Europe. He investigates these remnants from the past in relation to the present, but also in terms of their potential—real or fictional—in an imminent or distant future, at the crossroads between science fiction and documentary film. He is also particularly interested in exhibition strategies and the semiotics of display.
order wishlist
Edited by David Maljković.
Text by François Piron, interview with David Maljković by Julien Fronsacq. 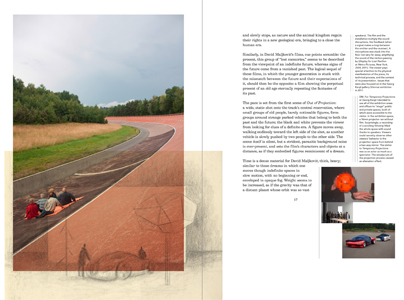