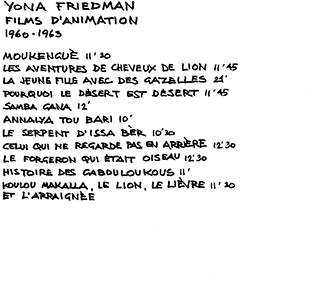 order
wishlist
Twelve films created by the artist and his wife between 1960 and 1963.
In 1960 Yona Friedman and his wife and film editor Denise Charvein directed their first animation film—based on an African tale. Consecutively, Pierre Schaeffer commissioned twelve animated films for the French Television, with a sound piece made from recordings of African music collected by UNESCO. These films were broadcast in Africa and unanimously praised. They were then lost until Cneai found and restored them in 2007.
Published following the exhibition “Dare to Make your Own Exhibition” at Cneai, Chatou, in 2007.
Yona Friedman (1923-2020) has since the middle of the 20th century been developing the concept of “mobile architecture” according to which housing and town planning should be conceived by their users and should integrate the unpredictability of future behaviour of the user.
order wishlist
Published with CAPC musée d'art contemporain de Bordeaux.
published in 2008
French edition
33,5 x 33,5 cm (DVD in cardboard sleeve)
40.00 €
ISBN : 978-2-84056-296-2
EAN : 9782840562962
in stock 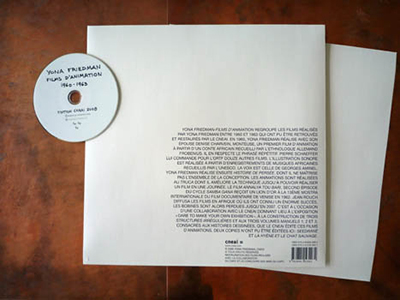