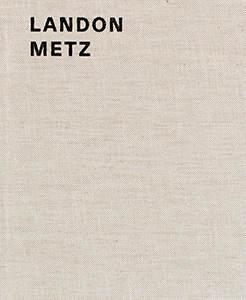 order
wishlist
The first monograph dedicated to Landon Metz retraces the American artist's distinct practice examining four exhibitions from the past two years.
Landon Metz tends his paintings just like the plants in his studio, which are green and luxuriant. He assembles each canvas himself, combining the fabric that arrives from India with the frames he gets from Canada. Onto the perfectly stretched canvas he then traces a drawing in pencil. A simple form, not figurative, but not geometric, almost organic. The canvas is then laid on the ground, which becomes the point of encounter between the artist, his mind, his hand, the floor, and the force of gravity, along with the temperature and humidity found in the studio. After the stage of preparation, the stage of actual painting has to be very rapid and precise. The paint, made by diluting fabric pigments in water, is dripped onto the surface delimited by the drawing, then spread and guided by sponges used to check and channel its flow, at times with the aid of small weights that make it converge at the center of the image. Metz often makes works composed of multiple canvases on which he tries to reproduce the same creative process. This is an attempt to make “mass-produced” paintings, but the chance involved in the combination of various elements and procedures prevents this goal from actually being achieved.
Eva Brioschi
Landon Metz (born 1985 in Phoenix, Arizona, lives and works in New York) is a multi-disciplinary artist whose work has been widely exhibited both domestically and abroad. His most recent solo showings include exhibitions at ADN Collection (Bolzano) and Retrospective (Hudson). He has also been included in group exhibitions at Sean Kelly (New York), Paul Kasmin (New York), and Andersen's (Copenhagen), among many others. He is the co-founder of Off-White Publications.
order wishlist
Texts by Eva Brioschi, Alex Bacon, Christopher Schreck, conversation between Christopher Schreck and Landon Metz.
published in December 2015
English edition
16,5 x 19,8 cm (hardcover, cloth binding)
144 pages (color & b/w ill.)
28.00 €
ISBN : 978-88-6749-200-8
EAN : 9788867492008
in stock 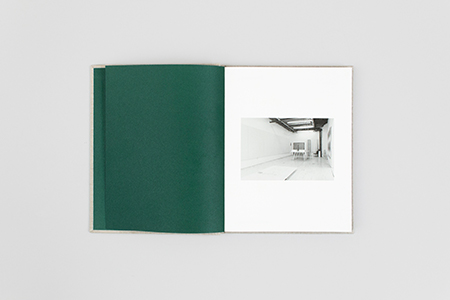 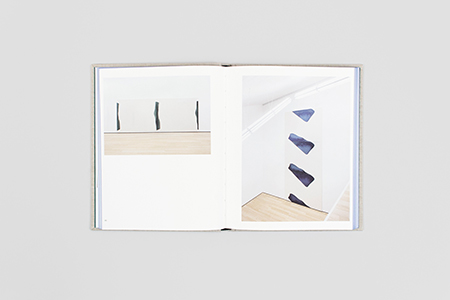 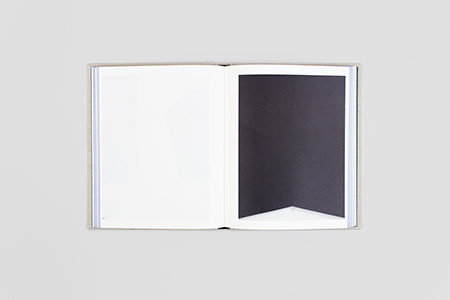 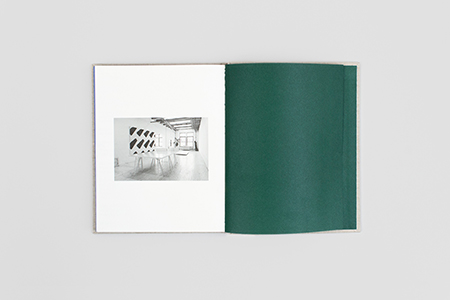