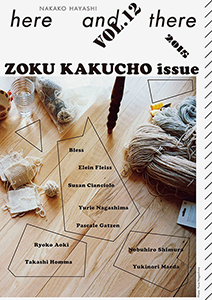 order
wishlist
Contributions by Bless, Elein Fleiss, Susan Cianciolo, Yurie Nagashima, Pascale Gatzen, Ryoko Aoki, Takashi Homma, Nobuhiro Shimura, Yukinori Maeda.
Every now and then, I receive comments from people on my work or other forms of activity, such as “It must be tough what you're doing” or just “Are you okay?” But some even go so far as to say, although it seldom happens, like “Why don't you try pouring all that energy into something else?” Since I'm only human, there are times when things are not okay. But I do what I do because there's generally more joy involved, and I hope people would understand. I've been involved in editing for a long time now, but it has even been a good 15 years since I started my venture in independent publishing. I wouldn't have lasted this long if I didn't enjoy the trip. Sometimes, when I stop and think of those people who give me such comments, I can't help but think that they might be feeling nervous that there's someone out there who is doing something driven by different values than what they generally believe in. So they worry for me and decide to give me their own two cents. Looking back, after preparing for “You reach out—right now—for something: Questioning the Concept of Fashion” and actually having gone through the process, I thought that all the artists whom I resonated with had shown, through their work and attitude, that I am not the only one. Of course, I wish to thank everyone who created the space as well as the book that became the foundation of the project, and those who came to see and stood in support of the show. I feel that this issue, more so than the previous ones, shows the values and visions of each artist more clearly. So that is why it has ended up having more text, translation, and more to design and proofread than ever before. Publishing is an act to leave marks on a newborn world, and give shape to timid voices, as well as subtle but confident voices. I want to thank each and every one of those who have given a helping hand, and those who will be reading this, and those who already have. The people who make things and those who take things in, equally create this world, by surely transmitting something even on a small scale, as if to reflect one another clearly on a mirror, giving a life of its own to shine through.
Here and there is a graphic magazine (photography, design, fashion, architecture) conceived by Japanese artist Nakako Hayashi and published by Nieves.
Born in 1966, Nakako Hayashi become a freelance editor from 2001, after working for Hanatsubaki, the culture magazine published by Shiseido. She has been writing fashion and art articles for Ryu-ko-tsu-shin, Purple and other magazines.
order wishlist
published in December 2015
bilingual edition (English / Japanese)
21 x 29,7 cm (softcover)
64 pages (ill.)
18.00 €
ISBN : 978-3-905999-65-5
EAN : 9783905999655
in stock 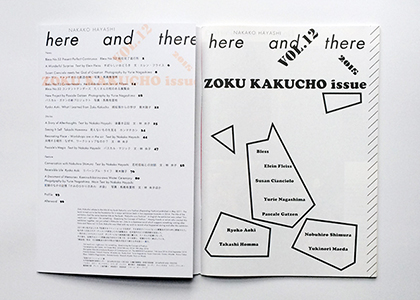 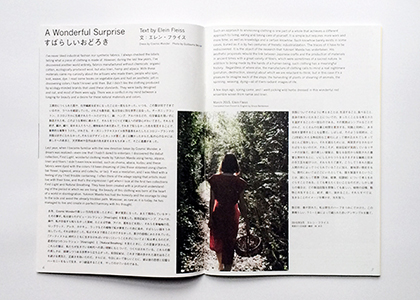 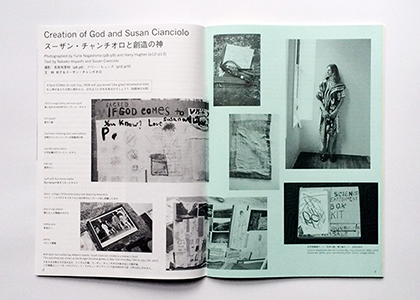 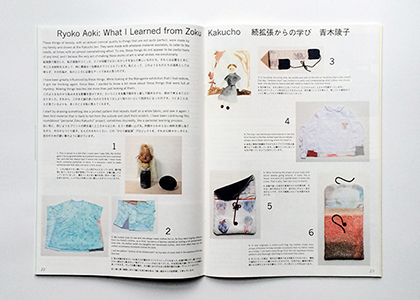 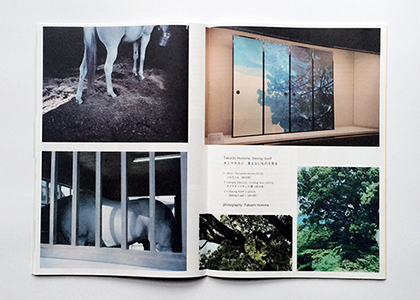 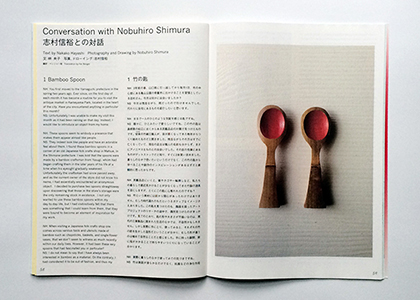 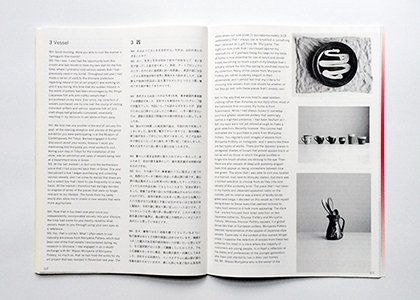 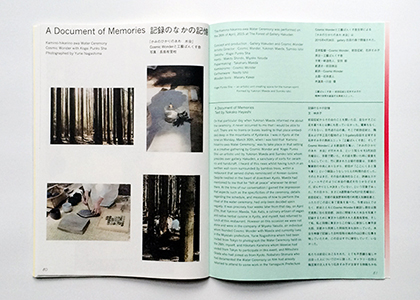