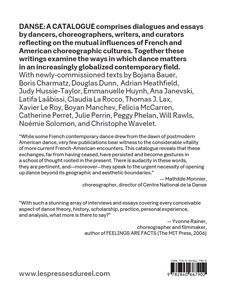 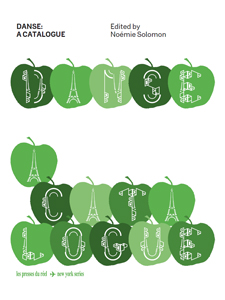 order
wishlist
Danse – A Catalogue comprises dialogues and newly-commissioned essays by dancers, choreographers, writers, and curators reflecting on the mutual influences of French and American choreographic cultures. Together these writings examine the ways in which dance matters in an increasingly globalized contemporary field.
“While some French contemporary dance drew from the dawn of postmodern American dance, very few publications bear witness to the considerable vitality of more current French-American encounters. This catalogue reveals that these exchanges, far from having ceased, have persisted and become gestures in a school of thought rooted in the present. There is audacity in these words, they are pertinent, and—moreover—they speak to the urgent necessity of opening up dance beyond its geographic and aesthetic boundaries.”
— Mathilde Monnier, choreographer, director of Centre National de la Danse

“With such a stunning array of interviews and essays covering every conceivable aspect of dance theory, history, scholarship, practice, personal experience, and analysis, what more is there to say?”
— Yvonne Rainer, choreographer and filmmaker, author of Feelings Are Facts (The MIT Press, 2006)
The book is part of the New York series, created conjunctively by Les presses du réel and the French Cultural Services in New York to publish theoretical texts in English not only on contemporary art but also on dance, and on emerging American performance that is more in line with French thinking. The series is inspired by a simple assumption: that contemporary culture is a public good that offers perspective on the questions of our time. Today, contemporary art is increasingly merchandised and yet undervalued in its capacity to give new perspective on the globalized world in which we live. Keeping up with international debates, this series attempts to support that budding perspective. 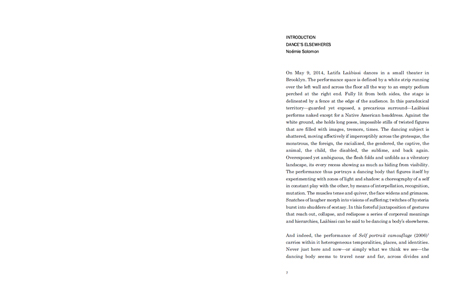 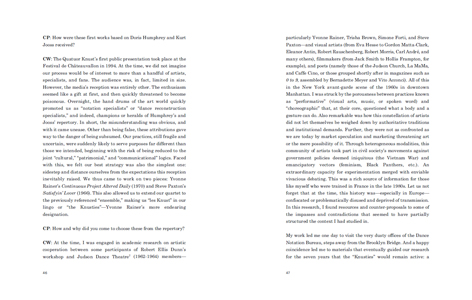 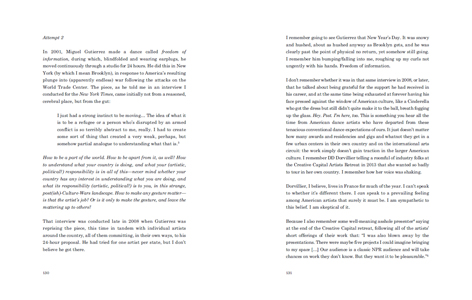