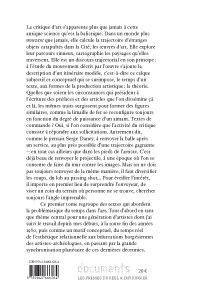 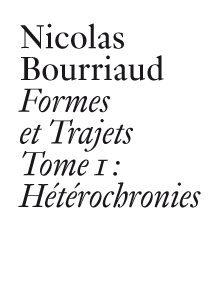 order
wishlist
A collection of texts about time and artists working with it.
This new volume of collected writings by French art critic and theoretician Nicolas Bourriaud is mainly centered on the themes of time and duration, and the many ways artists address them in their works and in relation to society, audiences, and history. Writing about artists he has known since the 1980s for whom time and duration were central issues, Bourriaud also investigates time as a conceptual tool, as something we do together when artists and public are jointly immersed in relational aesthetic experiences, as a rhetorical device in order to push and pull the archeological obsession of some artists active in the 2000s and 2010s, and as a manifold reality for new generations of artists in our globalized world. This volume includes essays on Charles Avery, Braco Dimitrijevic, Subodh Gupta, Bertrand Lavier, Pierre Huyghe, Melik Ohanian, Philippe Parreno, Matthew Ritchie, Franz West, and many others.
Nicolas Bourriaud (born 1965) is a French curator, theoritian and writer. He was the founder and director of Montpellier Contemporain (MoCo), gathering the La Panacée art centre, the École Supérieure des Beaux-Arts and Hôtel des Collections. He was the director of the École Nationale Supérieure des Beaux-Arts de Paris from 2011 to 2015. He was Gulbenkian Curator for Contemporary Art at Tate Britain in London from 2007 to 2010 and founder advisor for the Victor Pinchuk Foundation in Kyiv. He also founded and co-directed the Palais de Tokyo, Paris, between 1999 and 2006, and founded the curatorial cooperative Radicants in 2022. He is the author of the landmark publication Relational Aesthetics, published in 1998, and still inspirational today for many artists, curators, and art professionals worldwide.
Bourriaud's curated exhibitions include The 7th continent, Istanbul Biennial (2019), Crash Test. The Molecular Turn, La Panacée (2018); Back to Mulholland Drive, La Panacée (2017); Wirikuta, MECA Aguascalientes, Mexico (2016); The Great Acceleration, Art in the Anthropocene, Taipei Biennial (2014); The Angel of History, Palais des Beaux-Arts, Paris (2013); Monodrome, Athens Biennial (2011) and Altermodern, Tate Triennial, London (2009), among others. Nicolas Bourriaud was also in the curatorial team of the first and second Moscow Biennials in 2005 and 2007.
order wishlist
Published with JRP|Ringier.
published in May 2018
French edition
15 x 21 cm (softcover)
224 pages
20.00 €
ISBN : 978-2-84066-626-4 / 978-3-03764-458-4
EAN : 9782840666264
in stock
table of contents
press releases
Artpress, Marion Zilio, 2018 (PDF)
Critique d'art, Jill Gasparina, 2018 (PDF) 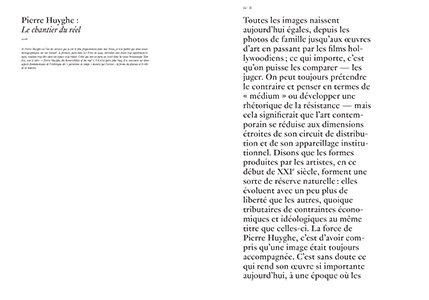 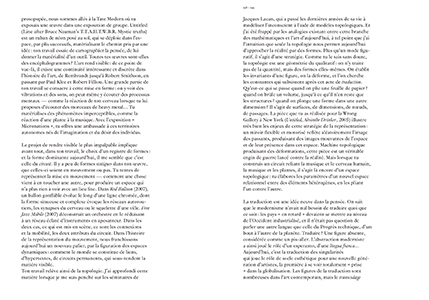 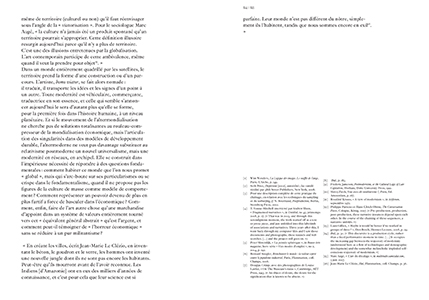