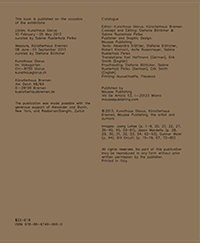 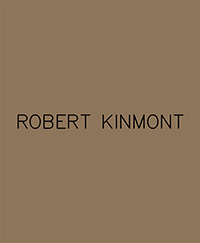 order
wishlist
First monograph ever on a legend of West Coast conceptual art.
Published on the occasion of Robert Kinmont's exhibitions at Kunsthaus Glarus and Künstlerhaus Bremen in 2013.
Robert Kinmont (born 1937 in Los Angeles, lives and works in Sonoma, California) is primarily concerned with his environment, the Californian landscape. He works with simple, mostly natural materials, and places them in relation to his body and his life. Probably his best known work, entitled 8 Natural Handstands (1969/2005), a series of photographs showing the artist doing handstands in abandoned landscapes, on the edges of cliffs, river beds, forests and deserts, was illustrated in Lucy Lippard's famous book Six Years: The Dematerialization of the Art Object from 1966 to 1972. Not so long afterwards, Kinmont retreated from art practice for the following three decades.
order wishlist
Texts by Alexandra Blättler, Stefanie Böttcher, Robert Kinmont, Aoife Rosenmeyer, Sabine Rusterholz Petko.
published in July 2013
bilingual edition (English / German)
16,5 x 19,8 cm (softcover, dust jacket)
80 pages (b/w ill.)
18.00 €
ISBN : 978-88-6749-066-0
EAN : 9788867490660
in stock 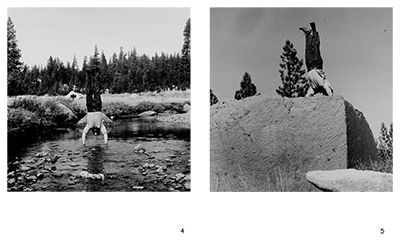 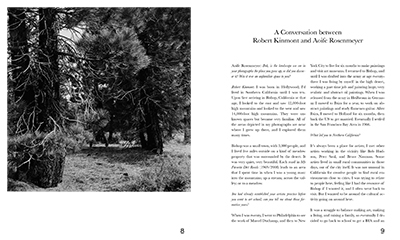 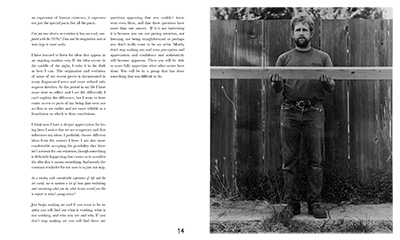 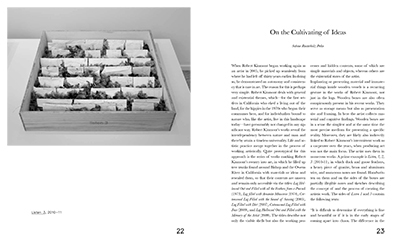 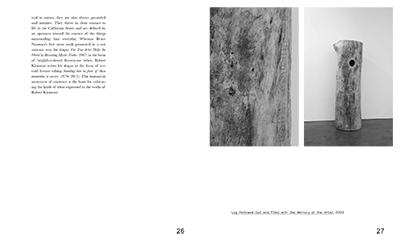 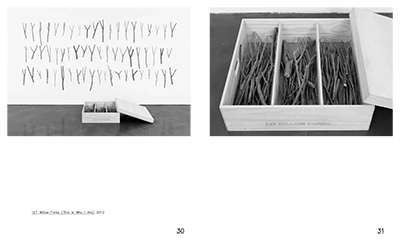 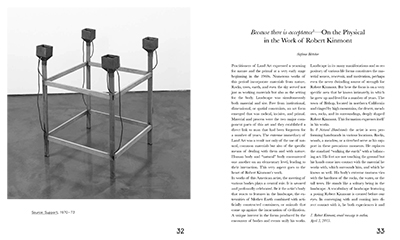 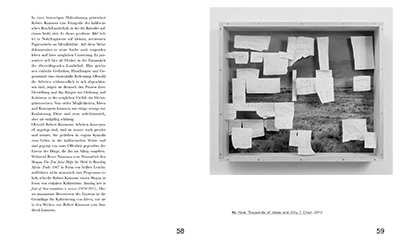 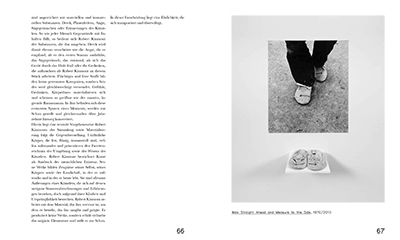 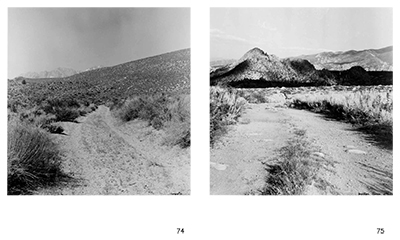 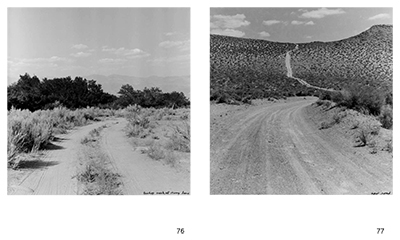