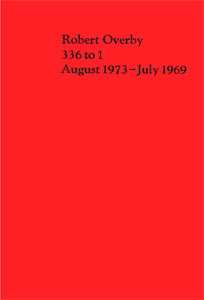 order
Facsimile reprint of the long-unavailable and much sought-after 1974 artist's book by Robert Overby—one of the most fascinating figures of the 1970s Californian art scene—which he conceived, edited, and designed himself (published with the Estate of Robert Overby).
Beginning in 1969, Robert Overby (1935-1993) produced an eclectic body of work that was rarely exhibited in his lifetime. Despite a diversity of mediums and an equally wide range of subject matter, Overby returned consistently to the human form. His polyurethane stretches and ghost-like latex casts of walls and doors belong to the history of late 1960s and early 1970s experiments in Anti-Form, Process art, and post-Minimalism. His 1980s image paintings are post-Pop combinations of figure and abstraction that explore similar issues of surface, decay, and the skin between the real and its incorporeal other.
Robert Overby had a retrospective at the UCLA Hammer Museum, and his work has been collected by the Art Institute of Chicago; Whitney Museum of American Art; Museum of Contemporary Art, LA; San Francisco Museum of Modern Art; Los Angeles County Museum; and The Museum of Modern Art, NY.
order
Edited by Robert Overby.
published in July 2013
English edition
11 x 16 cm (softcover)
320 pages (150 b/w ill.)
19.00 €
ISBN : 978-3-03764-330-3
EAN : 9783037643303
in stock 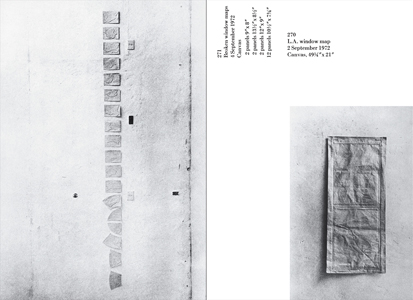 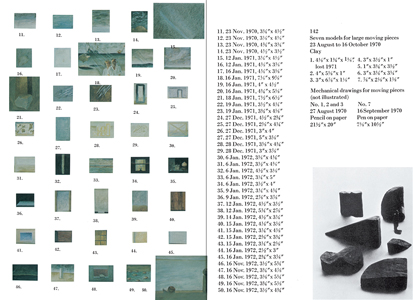