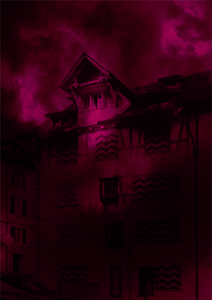 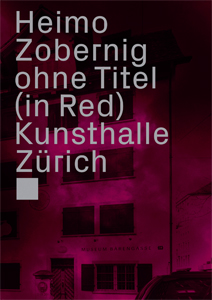 order
An exhibition in book-form.
The Kunsthalle Zürich launched its exhibition season at the Museum Bärengasse—where it is temporarily based until June 2012 while work is carried out on the conversion and renovation of its permanent home at the Löwenbräu Areal—with Zobernig's solo exhibition "ohne Titel (in Red)." In keeping with the rooms in the buildings of the Museum Bärengasse, which were constructed in 1670, the works selected for presentation focused on the topics of "furnishing" and "light," and played with the domesticated interior of the former residential buildings. Closing the shutters on the windows of the two early Baroque houses, Zobernig submerged the exhibition spaces in red light with his work "ohne Titel" produced in 1994. By doing so, concepts such as "display," "installation," "setting up," and "representation," as well as "site-specificity" for the idiosyncratic context of the spaces, were put up for discussion and confronted with the traditional understanding of the installation.
This publication attempts to transform the exhibition, treated as a retrospective—it showed a cross-section of Zobernig's artistic oeuvre from 1985 to the present—into book form. It includes an essay by Gregor Stemmrich in which he focuses on the understanding of the afore-mentioned concepts as well as on their affects on the perception of an art institution such as the Museum Bärengasse. This text not only reflects the exhibition "ohne Titel (in Red)," but provides an insight into Heimo Zobernig's practice and concerns in general. The publication is realized in close collaboration with the artist and contains numerous installation views.
Published on the occasion of the eponymous exhibition at Kunsthalle Zurich, from January to March 2011.
Heimo Zobernig (born 1958 in Mauthen, Austria, lives and works in Vienna) has been viewed as a key figure on the Austrian art scene since the early 1980s. His oeuvre explores themes of minimalism, the historical loading of the opposing pair of "figurativeness vs. abstraction," and the problem as to what art is or can be—its outward form and function.
order
Edited by Beatrix Ruf.
Texts by Beatrix Ruf, Gregor Stemmrich.
published in February 2012
bilingual edition (English / German)
21 x 29,7 cm (softcover)
160 pages (56 color ill.)
36.00 €
ISBN : 978-3-03764-235-1
EAN : 9783037642351
in stock
press releases
Critique d'art, Julie Sissia, 2013 (PDF) 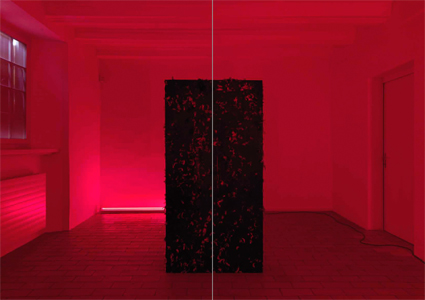 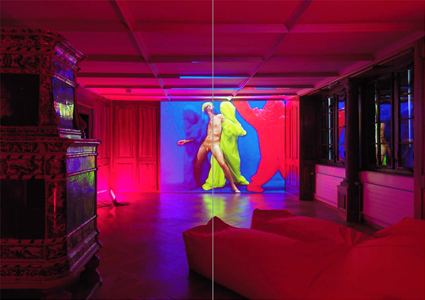