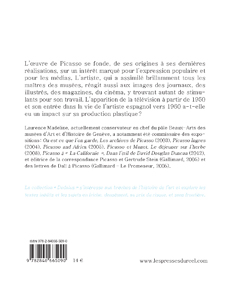 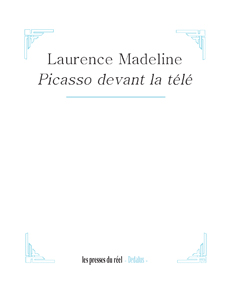 order
Picasso in front of the TV: unexpected links between the media—especially television—and Picasso's work.
Picasso was always interested in popular modes of expression, such as newspapers, advertising and the cinema. From 1960 onwards, he became a regular television viewer, particularly captivated by certain programmes about the circus or wrestling and by films. The televisual language (black and white, the speed, the narrative process…), the huge influx of images of all kinds, some of which accorded with his own long-standing preoccupations, thus had an influence on the artistic production of his later years. The aim of this book is to reveal some unexpected links between the small screen and Picasso's work between 1966 and 1970.
order
Préface by Bernard Picasso.
Postface by Jean-Paul Fargier.
published in October 2013
French edition
17 x 20 cm (softcover)
96 pages (49 b/w ill.)
14.00 €
ISBN : 978-2-84066-509-0
EAN : 9782840665090
in stock
download an excerpt in PDF:
p. 11-17
press releases
Critique d'art, Emilie Letur, 2014 (PDF)
Libération, Eric Loret, 2013 (PDF)
motsdits.blog.lemonde.fr, Stéphane Guégan, 2014 (PDF) 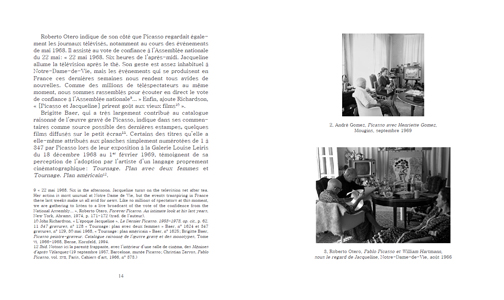 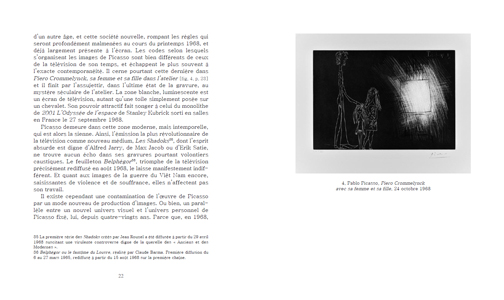 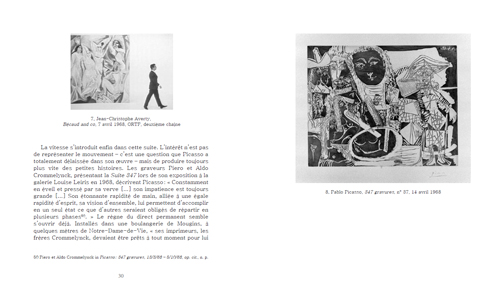 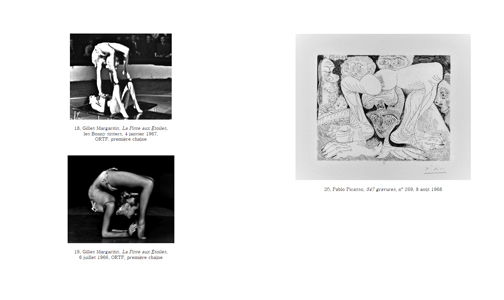 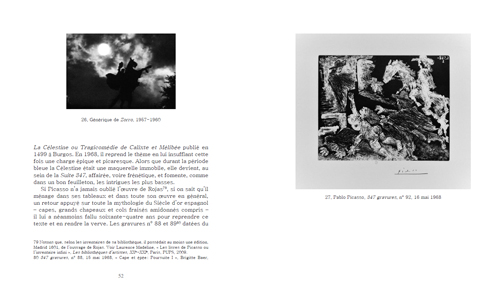 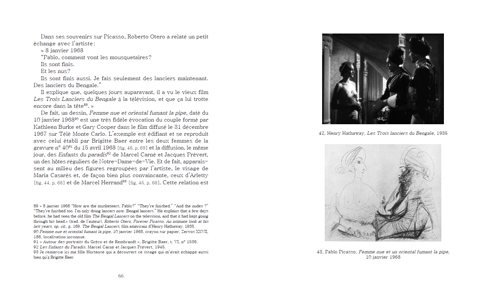 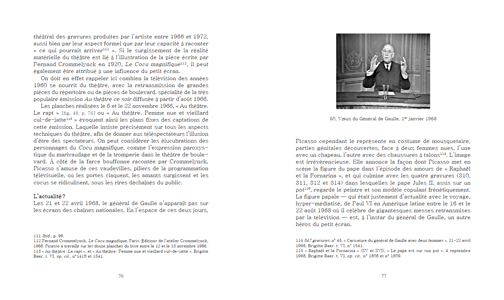 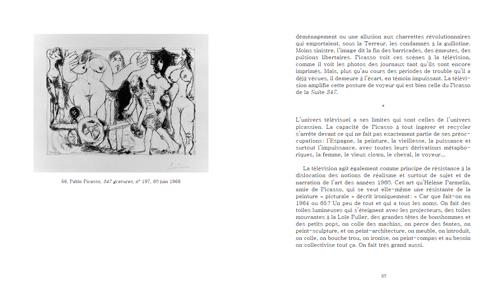