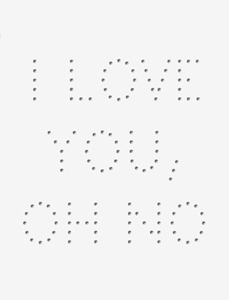 wishlist
Artists' book.
In 2005, together with Jonathan Hares, a pair of drilled posters were made as a contribution to The Free Library, curated by Mark Owens. This prompted the exploration of possible methods of mechanised production. Using a standard CNC plotter, a rotated LCD display, an Apple TV, and a software interface, Empty Words cuts each dot of the poster in sequence at a controlled speed. Similar to a Linotype machine, the resulting device became a tool for the production of text works, used by both ourselves and the general public.
The publication features the following playlist (listen online: dl.dropbox.com/u/1499683/Empty%20Words.m4a) selected by Lehni and Rich during the installation of Empty Words at the Swiss Institute, New York, 2009:

Plastics – I Love You, Oh No
Augustus Pablo – Suki Yaki
First Floor Power – There Is Hope
The Books – Take Time
The Books – Read, Eat, Sleep
Pavement – Cut Your Hair
CAN – Oh Yeah
Robert Wyatt – At Last I Am Free
Melon – I Will Call You
Pavement – Black Out
Pavement – AT&T
The Beatles – Good Night

Awarded: “Most Beautiful Swiss Books 2011”.
Jürg Lehni (born 1978 in Lucerne, lives and works in London) is an independent designer, developer and artist. His self-initiated work originates from reflections about tools, the computer and the way we work with and adapt to technology. Over the past years he worked on a family of projects that are all linked through these topics. Most of these projects were collaborations with people from other backgrounds (Graphic designers, artists, typgoraphers and engineers).
Alex Rich (born 1977 in Caerphilly, lives and works in London) approaches design from a multi-disciplinary perspective. As a member of the jury that judged Jürg Lehni's ECAL degree show in 2002, and seeing one of Lehni's drawing machines at work, Rich—a deft observer of accidental meaning—opened a discussion with the designer about the machine's historical and cultural context. Alex Rich viewed the work as, “the translation of imagery from mind to machine to wall," and suggested assembling, for an exhibition, compilations with similar writing and drawing machines.
wishlist
published in June 2011
no text
19,5 x 25,5 cm (softcover)
24 pages (drilled holes)
ISBN : 978-3-905714-93-7
EAN : 9783905714937
sold out 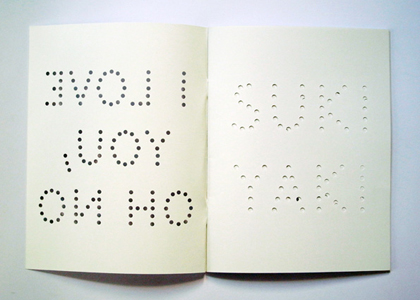 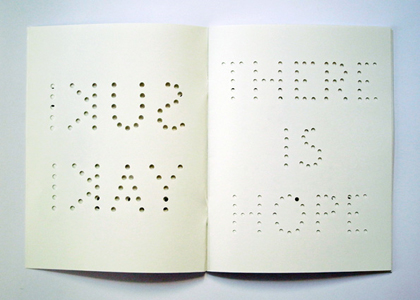 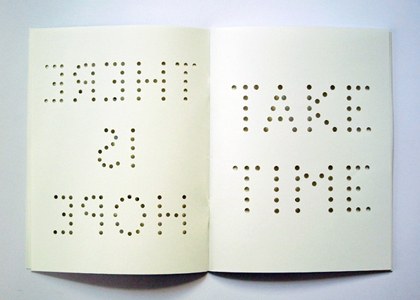 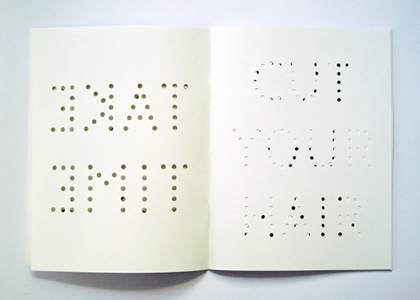