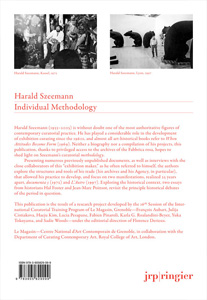 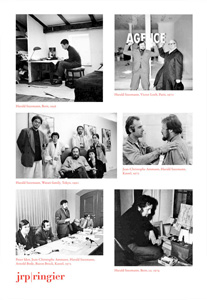 order
wishlist
In the curator's archives.
Neither a biography nor a compilation of his projects, this publication, thanks to privileged access to the archives of the “Fabbrica rosa,” hopes to shed light on Szeemann's curatorial methodology.

Presenting numerous previously unpublished documents as well as interviews with the close collaborators of this “exhibition maker,” as he often referred to himself, the authors explore the structures and tools of his trade (his archives and his Agency, in particular), which allowed his practice to develop, and focus on two manifestations, realized 25 years apart, documenta 5 (1972) and "L'Autre" (1997). Exploring the historical context, two essays from historians Hal Foster and Jean-Marc Poinsot, revisit the principle historical debates of the period in question.
The publication is the result of a research project developed by the 16th Session of the curatorial formation of the Magasin, Grenoble—François Aubart, Julija Cistiakova, Haeju Kim, Lucia Pesapane, Fabien Pinaroli, Karla G. Roalandini-Beyer, Yuka Tokuyama, and Sadie Woods—under the editiorial direction of Florence Derieux.
Harald Szeemann (1933–2005) is without doubt one of the most authoritative figures of contemporary curatorial practice. He has played a considerable role in the development of exhibition curating since the 1960s, and almost all art-historical books refer to "When attitudes become form" (1969).
order wishlist
Edited by Florence Derieux.
Texts by Tobia Bezzola, Hal Foster, Jean-Marc Poinsot. 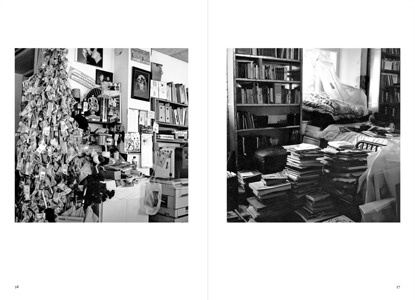 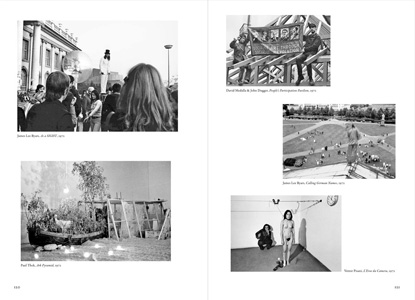 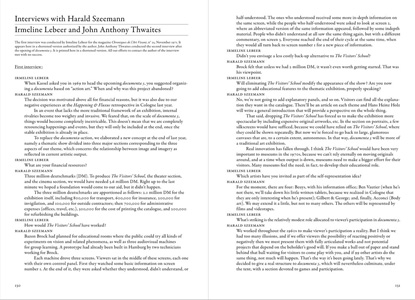