Zin Taylor (born 1978 in Calgary, Canada, lives and works in Brussels) has become known internationally for his elaborate installations encompassing elements of performance and sculpture along with drawing, printing, and video. Narration is an essential ingredient of much of Taylor's multifaceted work, and his stories are often culled from the undergrowth of popular culture (more specifically underground music scenes) and contemporary art lore. Journalism, research, storytelling: not surprisingly, both the spoken word and the printed word figure prominently in Taylor's practice (the artist himself belonging to a generation of practitioners for whom a definite facility with language, both on a theoretical and literary level, has become a key aspect of artistic identity), and many of his installations have also been accompanied by publications and/or artist books.

Christina Vantzou is a Missouri native of Greek descent who resides in Brussels, Belgium. She has explored sound for over a decade and also conducts ongoing visual research, mostly in animation, film, and highspeed photography. Her musical releases are largely associated with the American label Kranky and her performances are characterized by a loosening of time.

John Also Bennett (JAB) is an American musician, composer, and sound designer who primarily utilizes synthesis alongside acoustic instruments including flute and piano. In addition to composing and performing under his own name he is a member of the trio Forma and the duo Seabat, and is active with various other collaborative projects. 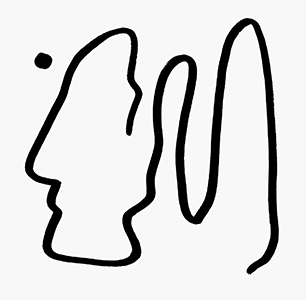 Thoughts Of A Dot As It Travels A Surface (vinyl LP + leporello)
2018
French edition
Shelter Press - Records
During his exhibition at Westfälischer Kunstverein in Münster, artist Zin Taylor invited musicians Christina Vantzou and John Also Bennett to interpret a 90-meter panoramic wall drawing as a musical graphic score. This vinyl edition gathers the recording of this minimal music performance, along with a 180 cm leporello reproduction of the wall drawing.