Tomáš Pospiszyl (born 1967) is a Czech critic, curator, art historian, and teacher. He has published extensively on 20th- and 21st-century art, and coedited, with Laura Hoptman, “Primary Documents: A Sourcebook for Eastern and Central European Art Since the 1950s” (MIT Press, 2002). He teaches at the Film and Television School of the Academy of Performing Arts and the Academy of Fine Arts in Prague. 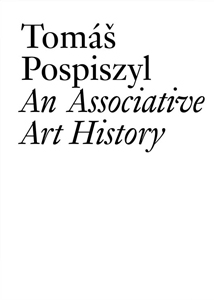