Oscar Murillo (born 1986 in Colombia, lives and works in London) is a painter and installation artist whose work incorporates a variety of different media and techniques, including text, recycled materials, and fragments collected from his studio. Oscar Murillo's large-scale paintings imply action, performance, and chaos, but are in fact methodically composed of rough-hewn, stitched canvases that often incorporate fragments of text as well as studio debris such as dirt and dust. His paintings, video works, and performances are tied to a notion of community stemming from the artist's cross-cultural ties to London, where he currently lives and works, and Colombia, where he was born in 1986.
Oscar Murillo earned his BFA in 2007 from the University of Westminster in London, and completed his MFA in 2012 at the Royal College of Art. Murillo's works and projects have been the subject of solo exhibitions at prominent institutions worldwide. 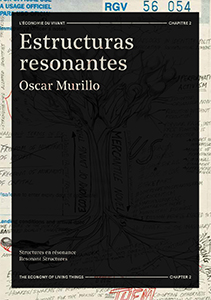