The German painter Josef Maria Schröder, born in 1886 in Düsseldorf, where he died in 1965, is still unknown to this day. He worked as a banker in Düsseldorf till 1913, when he boldly resolved to devote himself entirely to his art. After an apprenticeship with the painter Eugen Spiro (1874–1972) in the socially and artistically effervescent Berlin, Schröder enjoyed his first successes when his works were shown in solo exhibitions and he won the Max Liebermann Foundation award.
Born with one leg shorter than the other, Schröder was spared conscription into the German army. Over the next forty years, however, he was confronted with all the adversities and deprivations of the war years and the interwar period. A temporary exhibition ban, cancelled commissions, dire financial straits and a general lack of support for the arts made him a representative of the “Lost Generation”.
Most of his paintings and drawings are portraits, landscapes or abstract works. His artistic explorations eventually culminated in a ballpoint pen technique that he developed from 1950 on. In these late works, Schröder integrated a wide range of artistic styles from the first half of the 20th century to produce intensely luminous abstract compositions of a surrealist/constructivist cast. This wide range of different forms and colors then served in other works as backgrounds to particularly striking and highly stylized portraits.
Until the death of his daughter Cecilie in the spring of 2008, Schröder's works were gathering dust in her apartment and had never been shown or sold. It was thanks to Post Fine Arts, which acquired the works from the estate in 2012, that they were at long last accorded the public exposure and recognition they deserve in its gallery in Freiburg im Breisgau, Germany. 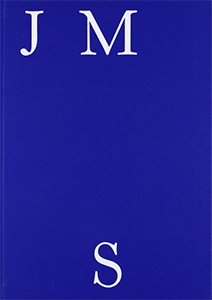 untitled
2017
bilingual edition (English / German)
Edition Patrick Frey
First monograph dedicated to the long forgotten German artist Josef Maria Schröder. Starting as a painter during the interwar period, Schröder then developed a ballpoint pen technique with which he produced intensely luminous abstract compositions and portraits of a surrealist/constructivist cast. These late works are featured in this volume, which includes original documents from the artist's estate.