Carlos Bunga (born 1976 in Porto, lives and works in Barcelona) is well known for his large scale installations in which he often uses fragile, perishable materials (in particular cardboard, sticking tape and paint) to build architectural structures, which he sometimes later destroys in performances or even before the exhibition opens. Built over weeks, his site-specific projects are made in direct dialogue with the surrounding architecture. His work ranges from huge installations to video, sculptural objects and drawings that often reflect upon his installations. 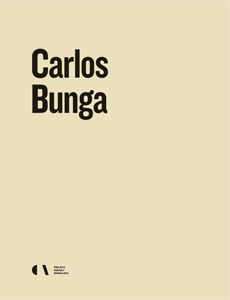