From Here to Tibet – A conversation between two walking artists. March 2019 – July 2020 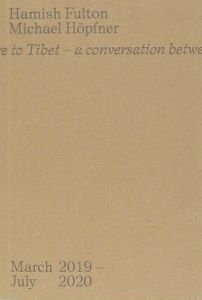 order
wishlist
Fulton and Höpfner's long-term correspondence on art, landscape, and the aesthetic and political dimensions of walking.
For more than twenty-five years, the artists Hamish Fulton and Michael Höpfner have shared ideas and reflections on art and walking as an independent artistic practice. Over the course of time, they have exchanged countless emails, letters and postcards from the places they have visited, keeping their dialogue alive even over great distances. In 2015, while working together on a show at the Museo MAN in Nuoro, they had the idea of bringing together their correspondence exploring the thoughts they had exchanged on art, the landscape as well as on the aesthetic and political aspects of walking itself.
As the title suggests, From Here to Tibet revolves around the deep fascination that the two artists have with the territory and culture of the Tibetan people: for both, walking and making art in Tibet turned out to be an experience that would change their lives and which in various ways has influenced their careers, their way of thinking and their artistic production.
For the reader, this conversation winds like a path, and outlines walking as an art form, attempting to couch it within art history, dwelling on its social and political implications right up to the days of the pandemic.
Hamish Fulton (born 1946 in London) began his career at the end of the 1960s, defining himself as a "walking artist" in order to distinguish his work from the practices of Land Art which it had initially been likened to. His is an experiential art, one which feeds off the places visited on foot in natural settings (especially those of the mountainside) from Europe to South America, and from Tibet to Japan. Starting from the 1990s, a part of his work shifted towards a participatory dimension, finalised towards the sharing of the walking experience, and which has since also been applied and developed in urban contexts.
Michael Höpfner (born 1972 in Krems, Austria) ) is an itinerant photographer and a significant member of the "walking artists" movement. His work revolves around the journey on foot, through deserted or barely inhabited areas from Ukraine to China, and from Kirghizstan to South Korea. His is a path that began as a physical and mental exploration of geographical spaces and which then continued as a reflection on the very concepts of reality and place.
order wishlist
Graphic design: Valerio Di Lucente / Julia, Rome.
published in July 2022
English edition
12,6 x 19 cm (softcover)
192 pages + lepporello (ill.)
25.00 €
ISBN : 978-88-99385-97-2
EAN : 9788899385972
in stock 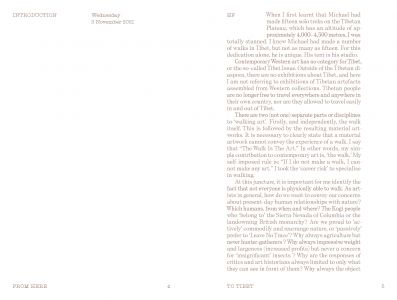 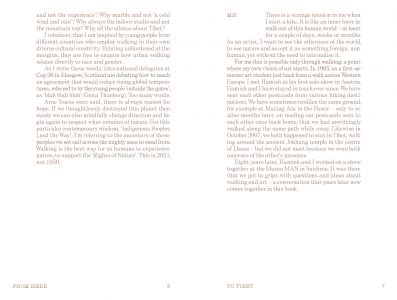 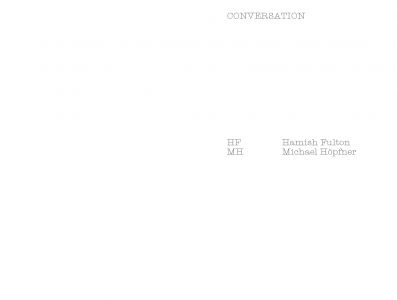 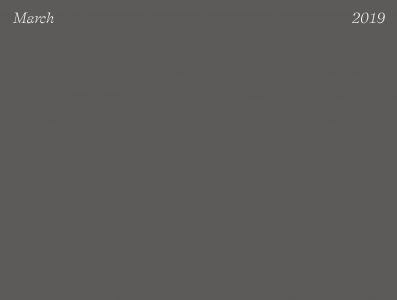 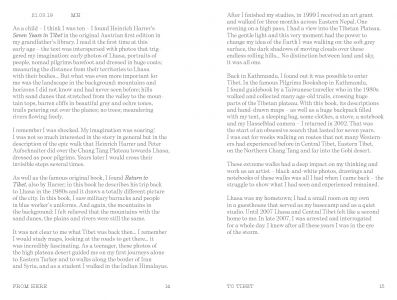 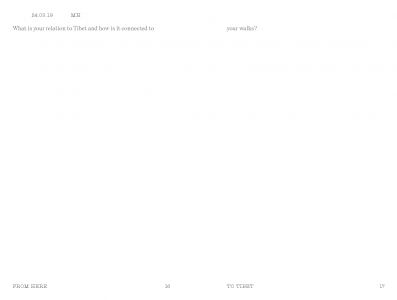 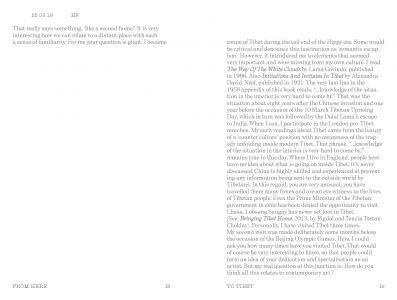 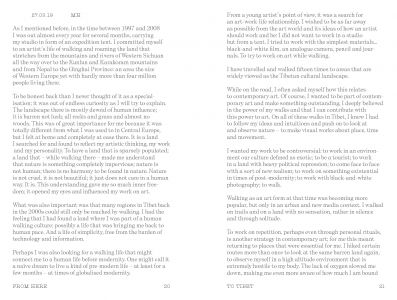 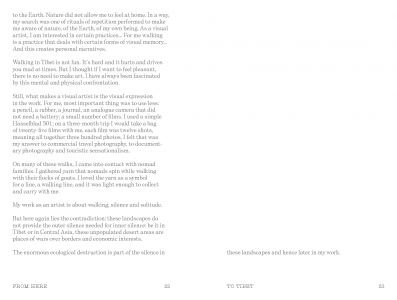 From Here to Tibet

From Here to Tibet