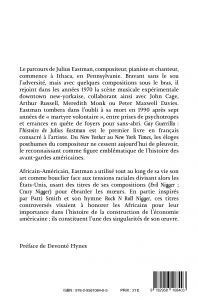 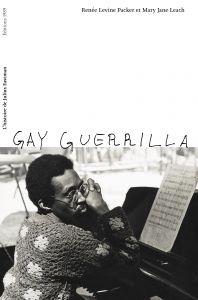 order
wishlist
A collection of biographical and musical essays about composer-performer Julius Eastman—a compelling portrait of Eastman's enigmatic and intriguing life and music.
Julius Eastman—composer, pianist and singer—began his professional journey at Ithaca College in New York State. Braving adversity penniless, yet with a few compositions in hand, in the 1970s he joined the experimental downtown New York music scene, collaborating with John Cage, Arthur Russell, Meredith Monk and Peter Maxwell Davies. In 1990, after seven years of "voluntary martyrdom" amidst psychotropic drugs and homeless wanderings, Eastman died and fell into obscurity.
African-American, Eastman used his art throughout his life as a shield against the racial tensions dividing the United States, selecting titles for his compositions (Evil Nigger; Crazy Nigger) to shake up morals. Partly inspired by Patti Smith and her anthem Rock N Roll Nigger, these controversial titles were meant to honor Africans for their importance in the history of building the American economy, and constitute one of the singularities of his work.
Gay Guerrilla : l'histoire de Julius Eastman is the first French-language book devoted to the artist. From The New Yorker to the New York Times, posthumous praise for the composer reigns today, recognizing him as an iconic figure in the history of America's avant-garde.
Mary Jane Leach is a composer and performer and has been very active in recovering and reviving the music of Julius Eastman.

Renee Levine Packer is a producer, arts administrator, and author of This Life of Sounds: Evenings for New Music in Buffalo (OUP, 2010), which won an ASCAP award for excellence.
Julius Eastman (1940-1990) was an American composer, pianist, vocalist, and dancer whose work fell under minimalism. He was among the first composers to combine minimalist processes with elements of pop music.
There was some for John Cage, then came Christian Wolff, and finally Morton Feldman, from this school in New York. Only Julius Eastman remained outside the game, the last figure, the most solitary and enigmatic—undoubtedly also one of the most powerful. In the 1970s and 1980s, Eastman was one of the very few African-Americans to gain recognition in the New York avant-garde music scene. He was politically committed, a figure of queer culture and a solar and solitary poet whose melancholy influenced his genius as well as his tragic destiny: suffering from various addictions, declared missing, actually homeless. During Winter of 1981-82, he got deported from his apartment by the police, who destroyed most of what he owned—including scores and recordings. He was found dead in 1990, on the streets of Buffalo, after years of vagrancy.
order wishlist
Edited by Anaïs Ngbanzo, Mary Jane Leach and Renee Levine Packer.
Foreword by Devonté Hynes.
Introduction by George E. Lewis.
Texts by Renée Levine Packer, David Borden, John Patrick Thomas, Mary Jane Leach, Ryan Dohoney, Andrew Hanson-Dvoracek, Matthew Mendez, Luciano Chessa. 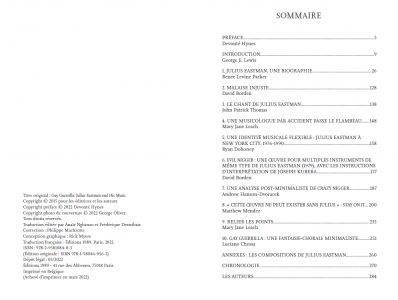 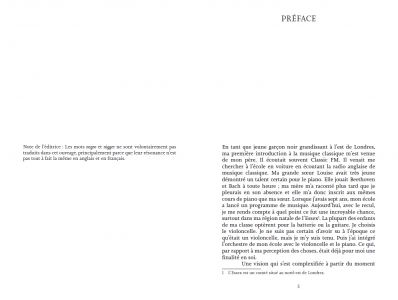 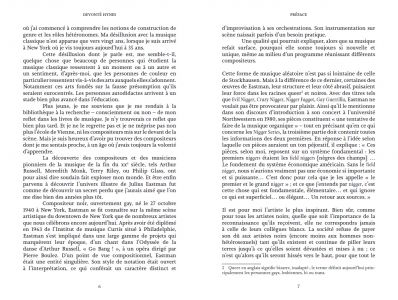 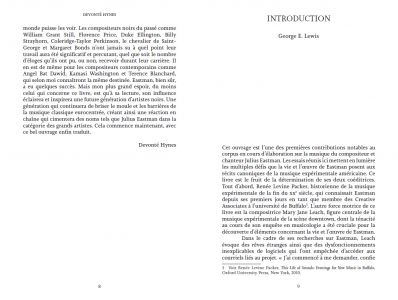 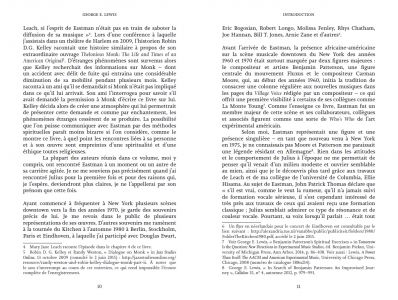 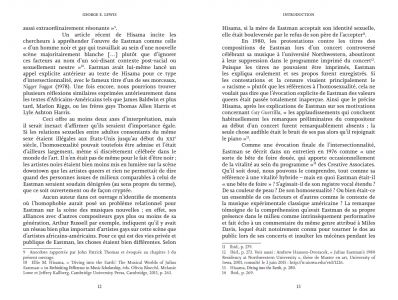 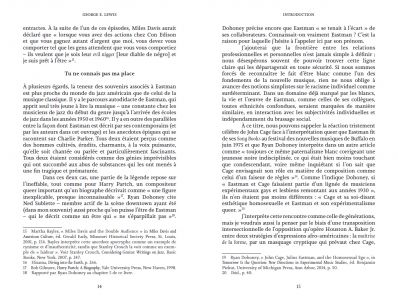 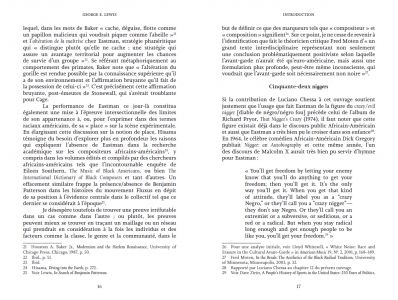 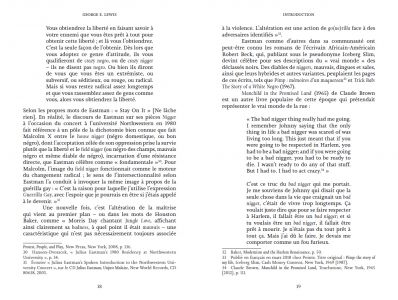