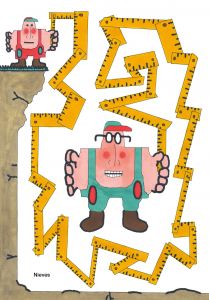 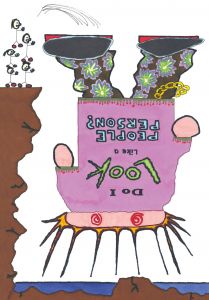 order
wishlist
The fiscal cliff according to Erlend Peder Kvam.
Natural phenomenons are a well used tool to illustrate and explain financial circumstances. The economy could face tsunamis and earthquakes, it could end up in deep valleys and reach high peaks, and it could be standing in front of the fiscal cliff. The fiscal cliff illustrates an abrupt and uncontrolled economic collapse, and the imagery of state leaders falling down cliffs is one of satire drawings' best known archetypes. The metaphor is strengthened by the cliff's many cultural appearances, and it has become a cultural icon itself due to films as Thelma & Louise, Looney Tunes and the Youtube fossil Tha Cliff from 2006.
In the publication Fiscal Cliff, the topographic metaphor is used as a starting point for a visual game with symbols and characters that somehow has to deal with the fiscal fall. There might be multiple reasons why the fiscal cliff occurs, but once it's here it will affect us all.
Erlend Peder Kvam (born 1994 in Norway, lives and works in Oslo) is an artist, illustrator and editor. He was formerly associated with the performance group Narves1biblioteket and today he works as an editor for Raptus, a new Norwegian journal for contemporary drawing.
order wishlist
published in May 2021
no text
14 x 20 cm (softcover)
20 pages (color ill.)
10.00 €
ISBN : 978-3-907179-29-1
EAN : 9783907179291
in stock 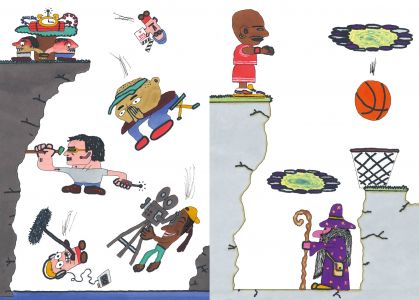 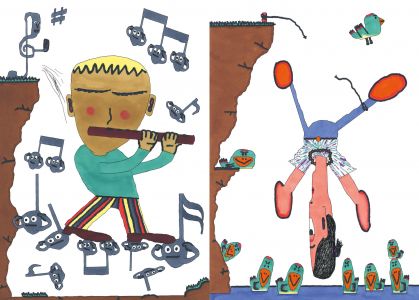 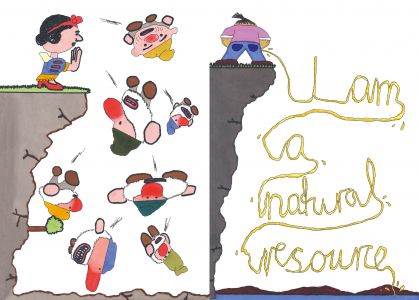 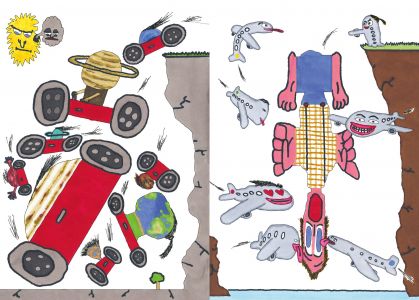 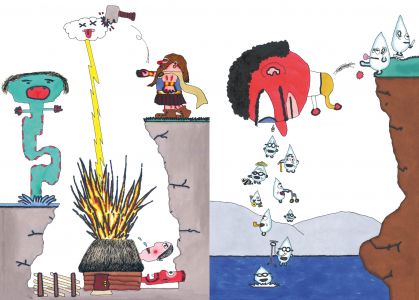