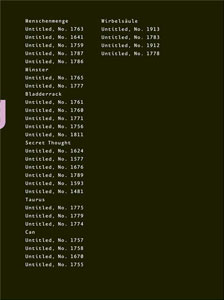 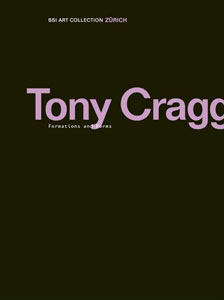 wishlist
Monograph.
The book is published by the commissioner, BSI (Banca della Svizzera Italiana), as part of their Art Program, relaunched in 2005 by the Italian curator and critic Luca Cerizza. Stemming from a program of site-specific commissions for the bank, the books in this series are conceived as individual monographs on each artist's contribution. Gathering preparatory material, documentation on the works, and essays by critics or the artists themselves, these volumes contribute to the discussion around commissioning, the notions of public vs. private collection, and the relationship between artists and patrons.

Other titles in the series: John Armleder, Robert Barry, Daniel Buren, Liam Gillick, Daniel Roth.
British sculptor Tony Cragg is one of the most acclaimed artists of his generation. Born in Liverpool in 1949, he attended various British art schools, before moving to Germany, where he has his studio in Wuppertal and a teaching position at the art academy of Dusseldorf.
Tony Cragg's sensitivity to different materials is the starting point for his work. To a great extent, his choice of material determines the form, which the sculpture then takes on. In the 1980s, Tony Cragg's sculptures were often made with found objects, while in the next decade he started to directly form his chosen material.
His works feature in numerous public collections around the world and are regularly shown in the most important museums in Europe and the USA.
wishlist
Edited by Luca Cerizza.
Text by Saretto Cincinelli.
published in 2006
bilingual edition (English / Italian)
14 x 18,5 cm (hardcover)
80 pages (40 colour ill.)
ISBN : 978-3-905701-91-3
EAN : 9783905701913
sold out 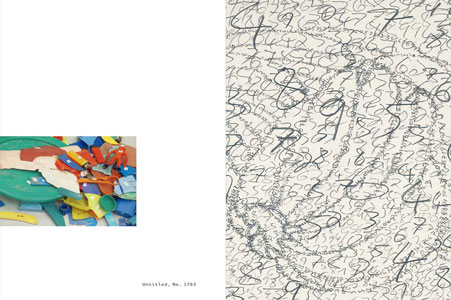