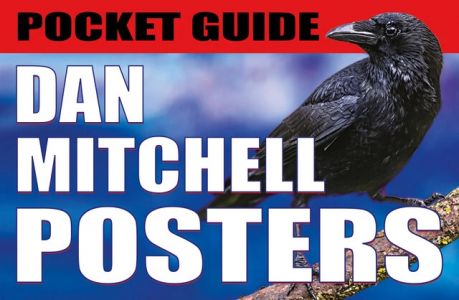 pre-order
wishlist
The first book to bring together Dan Mitchell's complete posters and flyers.
The British artist designs subversive, socially critical and humorous posters to promote his own shows as well as those of fellow artists, and to serve as critical commentary on everyday occurrences. Whilst carrying on the age-old tradition of poster art, he explores contemporary approaches involving various print sizes and even digital posters. “The Age of LOLZ is Over. Long Live DEATH LOLZ” proclaims Mitchell in a satirical commentary on a serious state of affairs: the age of “laughing out loud” is over. The book is rounded out with an interview of the artist by Swiss curators Fredi Fischli and Niels Olsen.
Dan Mitchell (born 1966 in Great Britain) is a London-based artist who has exhibited widely outside of mainstream galleries. He is a founding member of Poster Studio (1994–1997) and the publisher of the magazine Hard Mag. His work is generated on computers and takes the form of an assemblage of culled images (from the web, magazines, posters, film and photography) and is rendered on paper in the forms of posters, magazines, drawings and prints as well as sculpture.
pre-order wishlist
Texts by Fredi Fischli and Niels Olsen.