The Last Mask – Hamann's Theater of the Grotesque 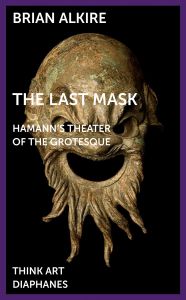 order
wishlist
A philological and theoretical rereading of the late work of Johann Georg Hamann (1730-1788).
Johann Georg Hamann remains one of the most influential and yet least understood figures in the history of German thought and literature, exercising major influence on figures as diverse as Goethe, Schiller, Kant, Hegel, Hölderlin, Kierkegaard, and a host of others. The only time Goethe and Hegel met, they spent the entire evening discussing Hamann, after which Hegel wrote a hundred-page review of his entire body of work. He is also famously one of the most difficult to read authors in the German language, writing in an ultracondensed, hyperallusive language for which he became infamous—and which his detractors constantly used to dismiss him. In our time, he has been picked up by literary theorists of various schools as a precursor or prefigurer of the linguistic turn.
The Last Mask focuses on Hamann's final work, Entkleidung und Verklärung (1786), which was consciously conceived of as an “Abschluss” of his “kleine Autorschaft” and a final defense against his critics. The purpose of Alkire's book is equally philological and theoretical, the theoretical emerging from the philological. Thanks to the long-awaited publication in 2018 of the Historische-Kritische Ausgabe of Entkleidung und Verklärung, Brian Alkire has been able to identify a number of previously unnoticed manuscript alterations which help answer some long-standing questions in Hamann scholarship (especially concerning his opaqueness or “Dunkelheit”—it turns out that, though difficult, his texts are decidedly not opaque), as well as open new doors for inquiry. Importantly, the manuscripts show that Hamann is one of the earliest theorists of the virtual in our sense of the word today, using the word “virtualiter” to describe his own theory.
He links this theory with the concept of the mask or disguise and conceives of texts as fabrics or textiles composed of threads and strings. Philologically, Alkire focuses on Hamann's understanding of intertextuality and his description of his own style. Hamann's allusive intertextuality and citation practices take on new significance in light of a discovery in the manuscripts of an instance of source alteration: after asserting the determinative importance of titles (the “typischer Saamen” and “orphisches Ei” of a work), Hamann, remarkably, alters a crucial citation, inserting his own title into it. This act is an instance of what Hamann calls his own “Panische Schreibart,” which Brian Alkire examines in detail through a deep reading of a highly allusive footnote. The arrival of the figure of Pan and its linkage with the concept of Pantheism (then a major issue of debate in German thought, in the Pantheismusstreit) together with Hamann's focus on disguises and fabrics leads to the theoretical portion: what are Hamann's theories of the mask, virtuality, and fictionality? Hamann, in engaging with Spinoza and Leibniz, approaches a novel understanding of virtuality—namely in a plasticity of the virtual—and of fiction as a force of nature. On the basis of Hamann's dominant string and thread images, Alkire brings Hamann's notion of virtuality into conversation with Deleuze's idea of a plane of immanence through the image of a skein of immanence, a knotted bundle of thread which solidifies into a three-dimensional virtual space, opening new perspectives in contemporary discussions surrounding the nature of virtuality.
Brian Alkire is teaching at the Department of German at New York University. He studied English, German, and Comparative Literature at the University of Michigan, the University of Freiburg, and the Humboldt University of Berlin.
order wishlist
published in March 2021
English edition
11,8 x 19 cm (softcover)
128 pages
18.00 €
ISBN : 978-3-03580-370-9
EAN : 9783035803709
in stock 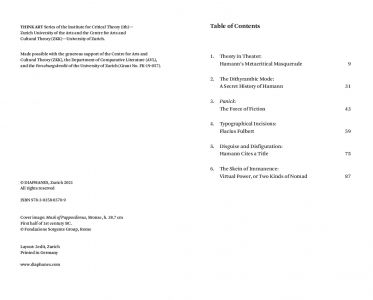 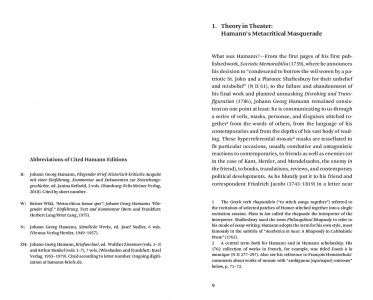 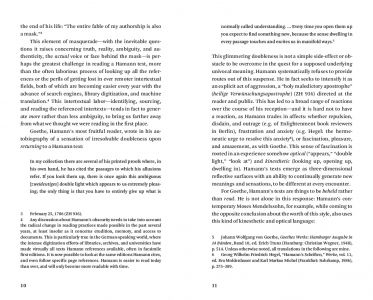 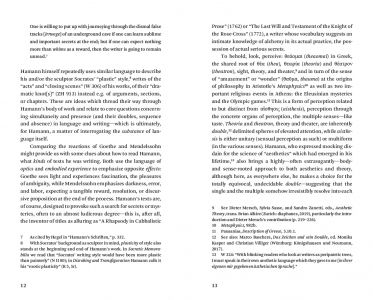 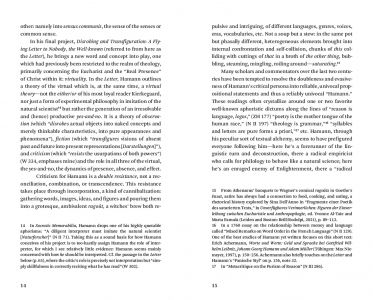