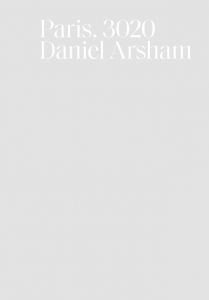 order
wishlist
The masterpieces of classical antiquity revisited by Daniel Arsham: pursuing his fictitious archaeological approach, the American artist offers through his reappropriation of the Venus de Milo or Michelangelo's Moses a reflection on our relationship to time.
Accompanied by teams from the Louvre, Daniel Arsham visited the museum's collections to study the Greek and Roman statues that inspired the works in his new series. To create this new body of sculptures, the artist Daniel Arsham tapped into the vast collection of molds produced by the Art Workshops of the RMN - Grand Palais. Using molds of sculptures in the collections of the Louvre and other institutions throughout France, the artist's studio team worked alongside that of RMN's statuary-molders in the execution of the works. This book presents a new set of sculptures by the artist, and the different stages of their manufacture. It is accompanied by a text by Ludovic Laugier as well as an interview with the artist by Ludovic Laugier.
Published following the eponymous exhibition at Perrotin Gallery, Paris, from January 11 to March 13, 2020.
Born 1980 in Cleveland, Daniel Arsham lives and works in New York City. His uchronic aesthetics revolves around his concept of fictional archaeology. Working in sculpture, architecture, drawing and film, he creates and crystallizes ambiguous in-between spaces or situations, and further stages what he refers to as future relics of the present. They are eroded casts of modern artifacts and contemporary human figures, which he expertly makes out of some geological material such as sand, selenite or volcanic ash for them to appear as if they had just been unearthed after being buried for ages. Always iconic, most of the objects that he turns into stone refer to the late 20th century or millennial era, when technological obsolescence unprecedentedly accelerated along with the digital dematerialization of our world. While the present, the future and the past poetically collide in his haunted yet playful visions between romanticism and pop art, Daniel Arsham also experiments with the timelessness of certain symbols and gestures across cultures.
order wishlist
Edited by Raphaëlle Pinoncély.
Texts by Daniel Arsham and Ludovic Laugier. 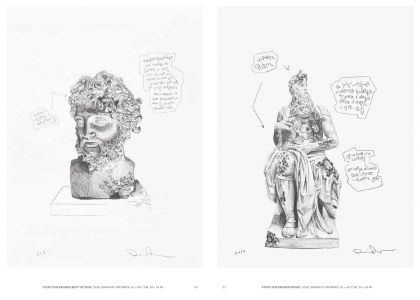 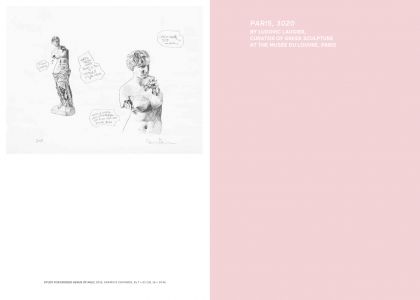 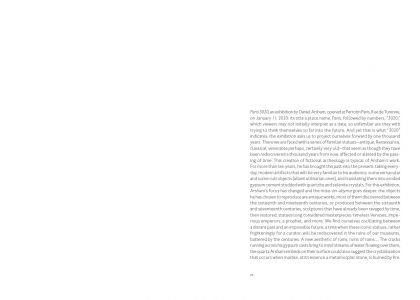 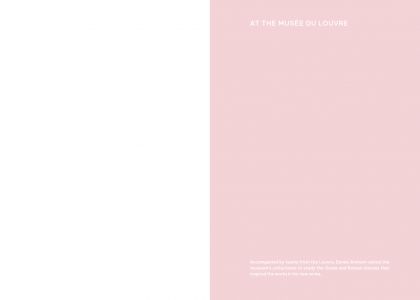 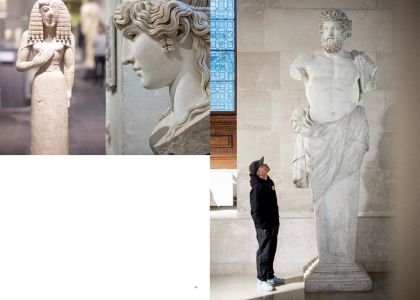 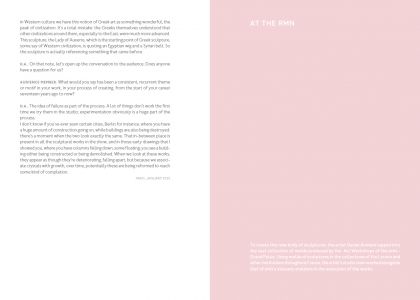 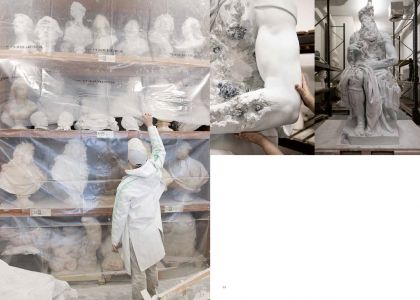 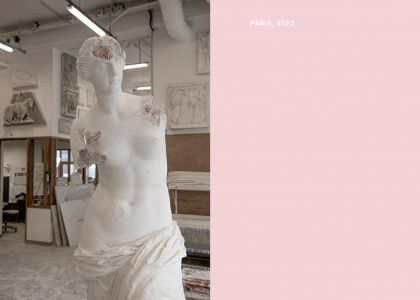 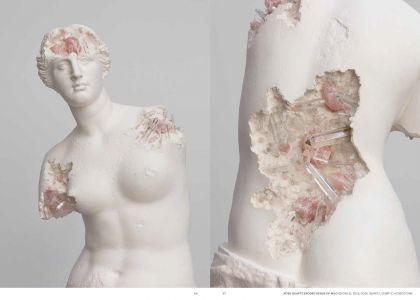 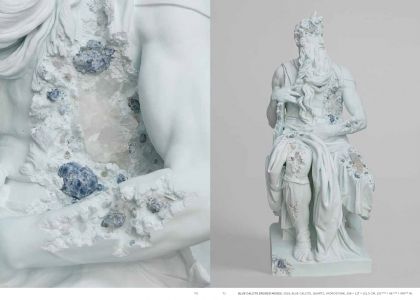 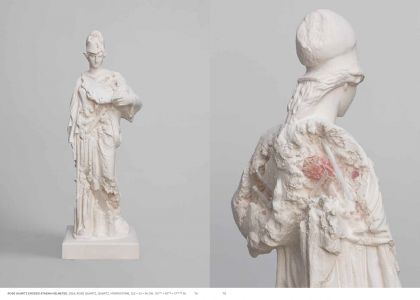 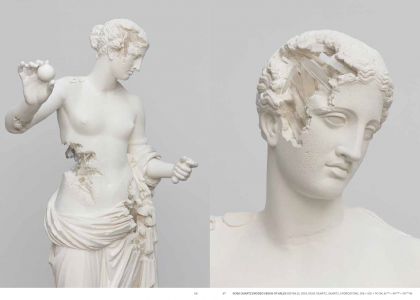 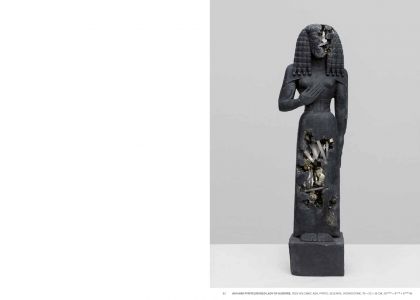 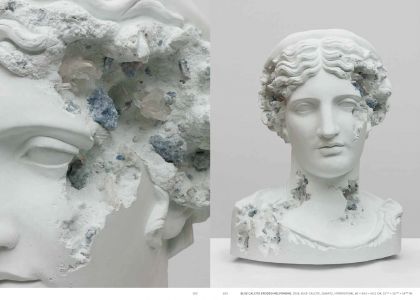 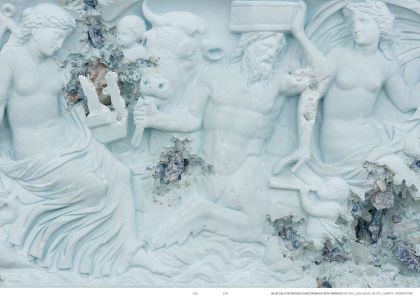 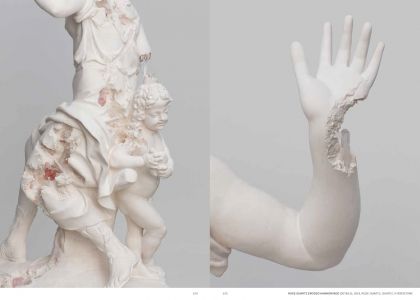