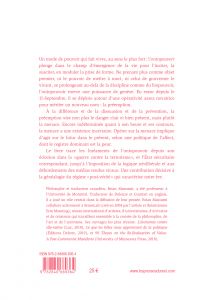 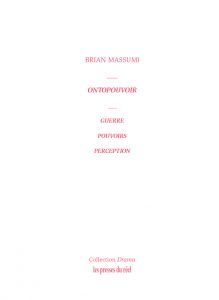 order
wishlist
An original theory of power based on a dense and insightful inquiry into the consequences of the "Global War on Terror" and the security state, up to the imposition of neoliberal logic and the overflowing of the media made viral.
Color coded terror alerts, invasion, drone war, rampant surveillance: all manifestations of the type of new power Brian Massumi theorizes in Ontopower. Through an in-depth examination of the War on Terror and the culture of crisis, Massumi identifies the emergence of preemption, which he characterizes as the operative logic of our time. Security threats, regardless of the existence of credible intelligence, are now felt into reality. Whereas nations once waited for a clear and present danger to emerge before using force, a threat's felt reality now demands launching a preemptive strike. Power refocuses on what may emerge, as that potential presents itself to feeling. This affective logic of potential washes back from the war front to become the dominant mode of power on the home front as well. This is ontopower—the mode of power embodying the logic of preemption across the full spectrum of force, from the "hard" (military intervention) to the "soft" (surveillance). With Ontopower, Massumi provides an original theory of power that explains not only current practices of war but the culture of insecurity permeating our contemporary neoliberal condition.
Canadian philosopher Brian Massumi has been Professor of Communication at the University of Montreal. He is the author of A User's Guide to Capitalism and Schizophrenia: Deviations from Deleuze and Guattari (MIT Press), The Power at the End of the Economy, What Animals Teach Us about Politics, and Parables for the Virtual: Movement, Affect, Sensation (Duke University Press).
order wishlist
Translated from the English by Thierry Drumm (original title: Ontopower. War, Powers, and the State of Perception, Duke University Press, 2015).
published in January 2021
French edition
15 x 21 cm (softcover)
424 pages
25.00 €
ISBN : 978-2-84066-936-4
EAN : 9782840669364
in stock
table of contents
press releases
Lundi Matin, Noé Gross 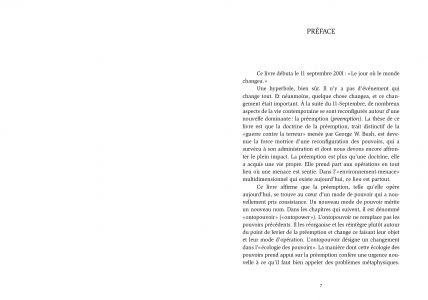 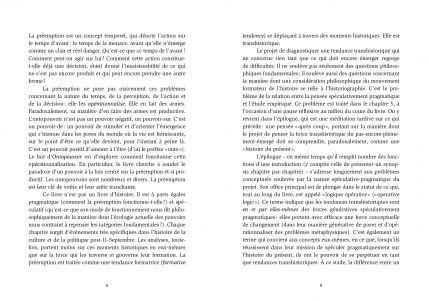 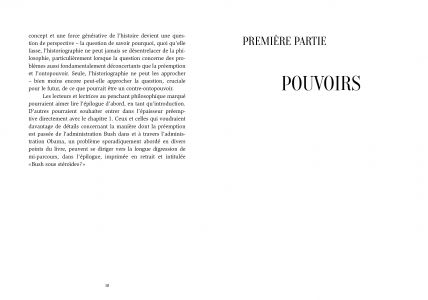 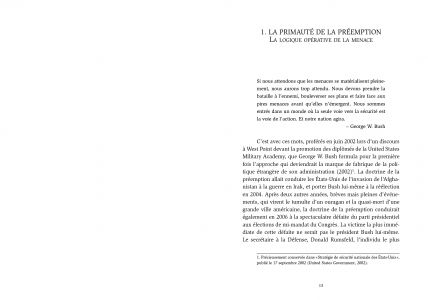 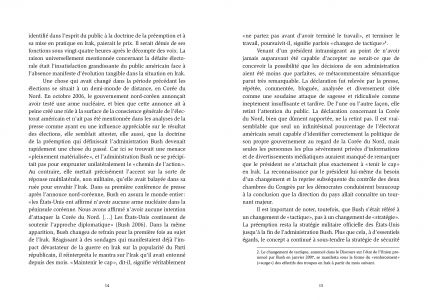 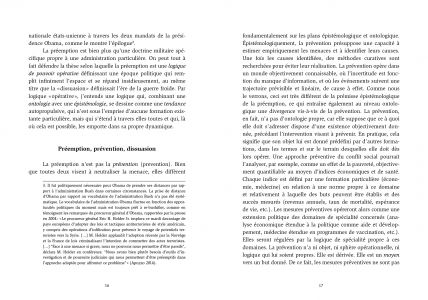 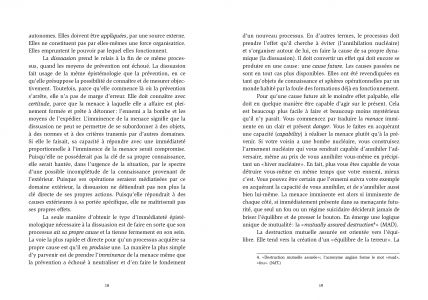 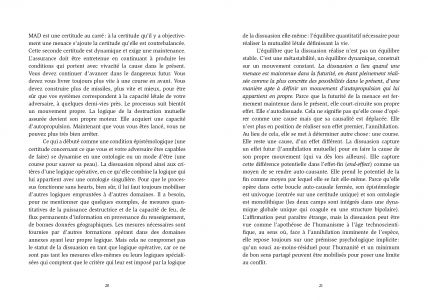