Anarchy – In a Manner of Speaking – Conversations with Mehdi Belhaj Kacem, Nika Dubrovsky, and Assia Turquier-Zauberman 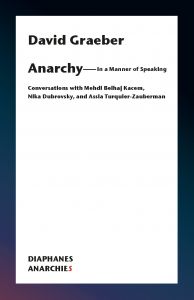 order
David Graeber's interviews (with Mehdi Belhaj Kacem, Nika Dubrovsky, and Assia Turquier-Zauberman) redefine the contours of what an anarchist morality could be today.
David Graeber's influential thinking was always at odds with the liberal and left-wing mainstream. Drawing on his huge theoretical and practical experience as an ethnologist and anthropologist, activist and anarchist, Graeber and his interlocutors develop a ramified genealogy of anarchist thought and possible perspectives for 21st-century politics.
Diverging from the familiar lines of historical anarchism, and against the background of movements such as Occupy Wall Street and the Gilets Jaunes, the aim is to provide new political impulses that go beyond the usual schemata of unavoidableness. The spontaneous and swift-moving polylogue shows Graeber as a spirited, unorthodox thinker and radical activist for whom the group can always achieve more than the individual.
David Graeber (1961-2020) was an American anthropologist, anarchist, political activist, the author of several books, and a leading figure in the Occupy Wall Street movement. Until 2007 he was assistant and associate professor of anthropology at Yale University, until 2013 a reader for Social Anthropology at Goldsmiths, University of London, and until last a professor of anthropology at the London School of Economics.
order
published in October 2020
English edition
12 x 18,5 cm (softcover)
208 pages
18.00 €
ISBN : 978-3-03580-226-9
EAN : 9783035802269
in stock
table of contents 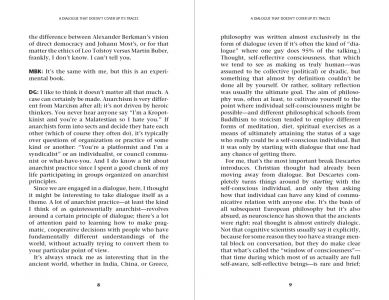 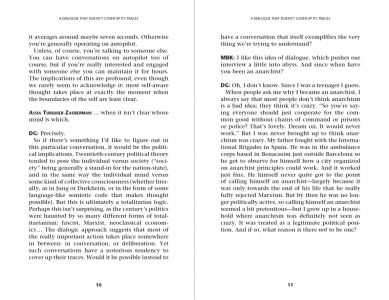