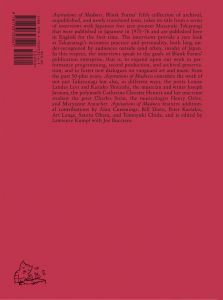 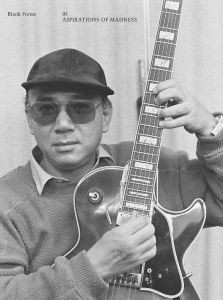 order
wishlist
Aspirations of Madness, Blank Forms' fifth collection of archival, unpublished, or newly translated texts, considers the work of Masayuki Takayanagi, the poet Louise Landes Levi, musician and writer Joseph Jarman, polymath Catherine Christer Hennix and her one-time student the poet Charles Stein, Russian musicologist Henry Orlov, and Maryanne Amacher—brilliant and overlooked artists whose work Blank Forms will continue to champion in a variety of contexts. Aspirations of Madness features additional contributions by Alan Cummings, Bill Dietz, Peter Kastakis, Art Lange, Leo Svirsky, Satoru Obara, and Tomoyuki Chida.
Aspirations of Madness takes its title from a series of interviews with Japanese free jazz pioneer Masayuki Takayangi that were published in Japanese in 1975–76 and are published here in English for the first time. The interviews provide a rare look at Takayanagi's eccentric practice and personality, both long under-recognized by audiences outside (and often, inside) of Japan. In this respect, the interviews speak to the goals of Blank Forms' publication enterprise, that is, to expand upon our work in performance programming, record production, and archival preservation, and to foster new dialogues on vanguard art and music from the past 50-plus years.
The postwar Japanese history that Takayanagi describes also surfaces in this publication's opening piece, a poetic tribute by the writer and artist Louise Landes Levi to one of Takayanagi's contemporaries, the poet Kazuko Shiraishi. Aspirations of Madness includes a second Levi poem as well, “A Deep River,” written while at La Monte Young and Marian Zazeela's Dream House in 2003, while Charles Curtis was rehearsing Just Charles and Cello in the Romantic Chord, a composition by Young that Blank Forms plans to present in Spring 2020. Complementing this tradition of Japanese free improvisation and poetry is the republication of a 1977 interview with Joseph Jarman, the great composer, poet, and multi-instrumentalist. The interview took place a few months after the publication of Jarman's book Black Case Volume I & II: Return from Exile, a collection of writings from 1960 to 1977 that Blank Forms had the honor of publishing in a new edition in Fall 2019.
Aspirations of Madness also features Charles Stein's introduction to Being = Space x Action, a crucial supplement to another recent Blank Forms publication, Poësy Matters and Other Matters by Catherine Christer Hennix. In its specificity and rarity of focus, Stein's text offers valuable information on a vibrant artistic network of the recent past, as well as an extended look at the evolution of Hennix's complex practice. Further along, Aspirations of Madness features an excerpt from The Tree of Music, a cross-cultural treatise by the Russian musicologist Genrich “Henry” Orlov, the English translation of which has never been published before. The Tree of Music is a sweeping philosophical study of global music and cultures with universalist and spiritualist ambitions, excerpts of which are here selected and introduced by the composer and pianist Leo
Svirsky. Aspirations of Madness closes with one of Maryanne Amacher's final pieces of writing, “The Agreement,” from 2009. The text takes the form of a letter between Amacher and the Open Ended Group, with whom she had planned to collaborate on her final, unfinished project, Lagrange: A Four Part Mini Series.
Blank Forms' journal brings together a combination of never-before published, lost, and new materials that supplement Blank Forms' live programs. It is envisioned as a platform for critical reflection and extended dialogue between scholars, artists, and other figures working within the world of experimental music and art.
order wishlist
Edited by Lawrence Kumpf with Joe Bucciero.
Contributions by / featuring Masayuki Takayanagi, Louise Landes Levi, Joseph Jarman, Catherine Christer Hennix, Charles Stein, Henry Orlov, Maryanne Amacher, Alan Cummings, Bill Dietz, Peter Kastakis, Art Lange, Leo Svirsky, Satoru Obara, Tomoyuki Chida.
published in July 2020
English edition
15 x 20,2 cm (softcover)
242 pages (ill.)
20.00 €
ISBN : 978-1-7337235-4-1
EAN : 9781733723541
in stock
table of contents 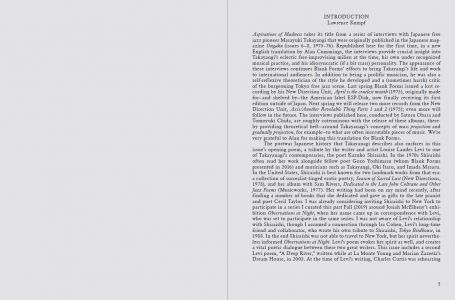 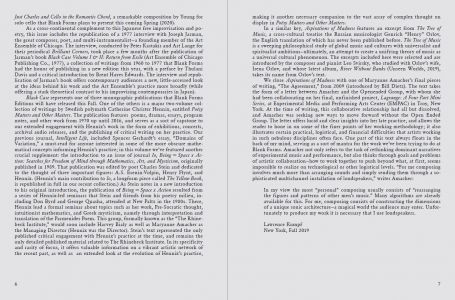 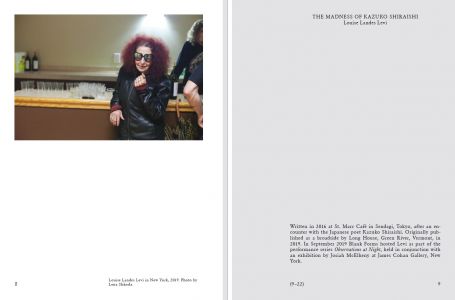 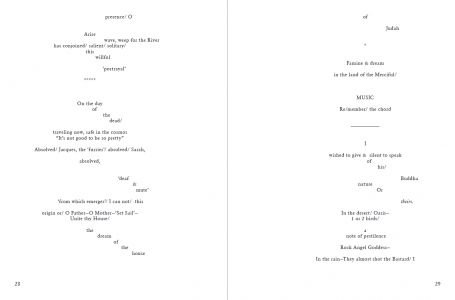 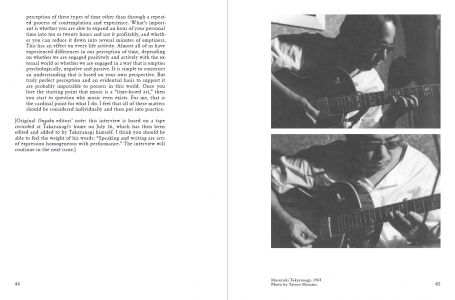 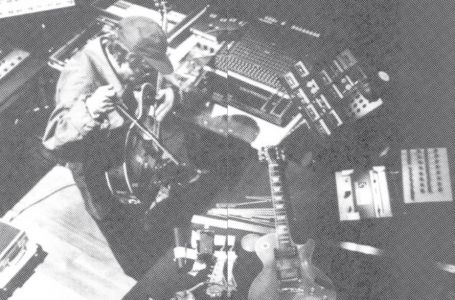 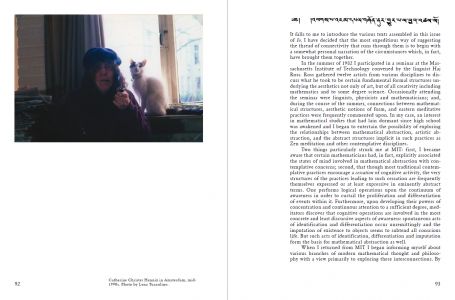 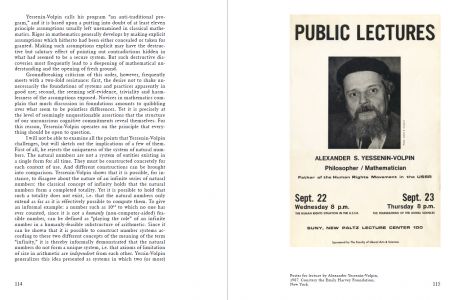 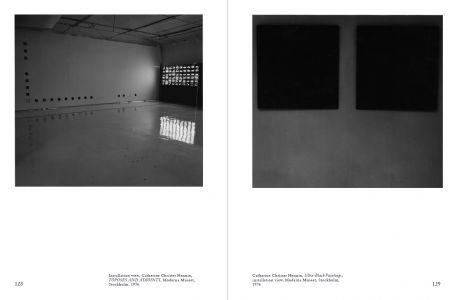 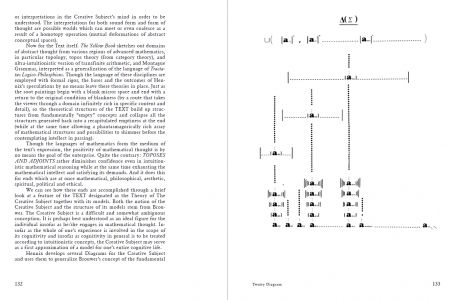 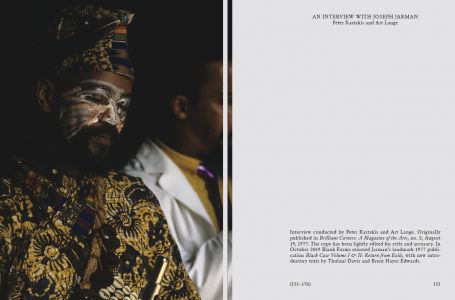 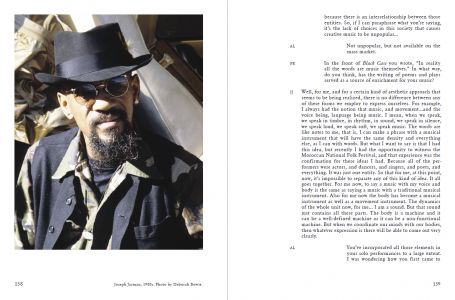 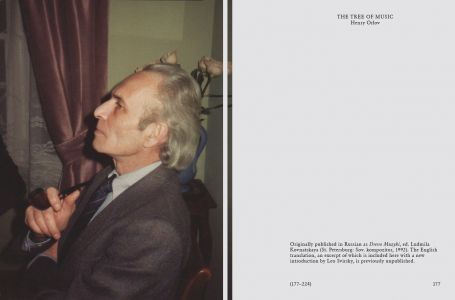