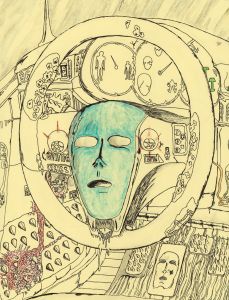 order
wishlist
A series of illustrations depicting automobiles set in a chaotic post-apocalyptic world, inspired by the dystopian aesthetics of the 1980s and 1990s.
“In many ways, this book refers back to a lot of my older work, inspired by 80s & 90s visual conceptions of dystopia. But here the influence is less about the cultural or tactical aspects of a fictional "post-apocalypse world". It appears in a more visceral and chaotic manner, even to where there is no regard for the functionality of the vehicles. It deals with a mess of hypothetical dreamed civilizations in states of post-collapse fallout, dissembling into loose factions and lone individuals warring for dwindling energy sources, in or on behalf of parasitic autos.”—Matt Lock
Matt Lock (born 1984, lives and works in Montclair, USA) is a self-taught artist living in the Northeastern USA. His work primarily consists of illustrations on letter-sized paper. Sometimes he will make paintings and larger works, or use mixed media. He is best known for his drawings of bizarre, often violent or intimate situations, many of which occur in dejected sci-fi settings. Repeating visual elements include accumulated garbage, work uniforms, fungal infections, imaginary plants, damaged or parasitic trans-humanist tech merged with flesh, and outdated unisex hairstyles.
order wishlist
published in December 2019
no text
19,5 x 25,5 cm (softcover)
16 pages (color ill.)
12.00 €
ISBN : 978-3-907179-14-7
EAN : 9783907179147
in stock 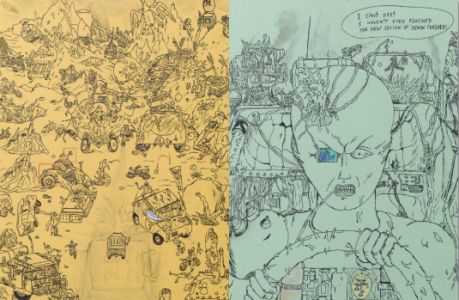 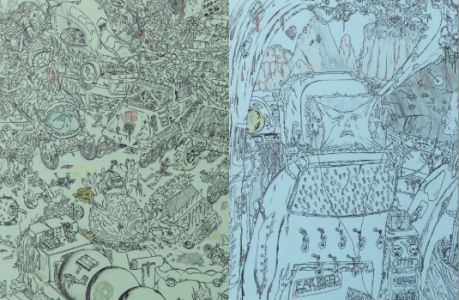 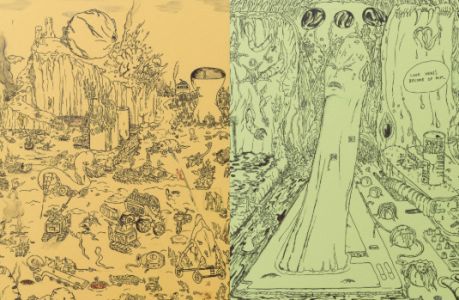 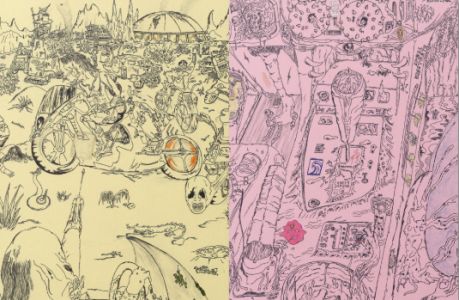