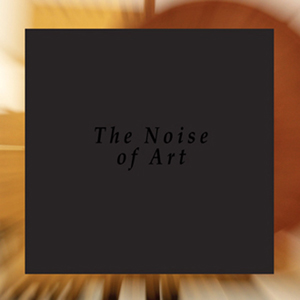 order
wishlist
This album contains seven compositions, created by the Opening Performance Orchestra, Blixa Bargeld, Luciano Chessa and Fred Möpert. All the pieces relate to the theme of Futurism and employ intonarumori, instruments invented and used more than a century ago by the Italian Futurists in their noise compositions.
The Art of Noises, pertained to the entire 20th century. Published in 1913, in response to Francesco Balilla Pratella's Manifesto of Futurist Musicians, Russolo's text encompassed the fundamental ideas for the new music of the modern age. Radical ideas required original compositional approaches, as well as new types of instruments—hence the Futurists opted for the intonarumori. The two quotations prompted us to give thought to creating compositions in which we would return to the early 20th century, when noises as means of musical expression emerged for the very first time. The typical instruments used by our ensemble, the Opening Performance Orchestra, are laptops, by means of which we conceive our fraction music, which can be briefly characterised by the slogan no melody no rhythm no harmony. Constructing three intonarumori, writing our own pieces for these instruments and performing works by other contemporary composers —Blixa Bargeld, Luciano Chessa and Fred Möpert, represented for us getting into close contact with the beginnings of the musical avant-garde, as well as returning to the historical roots of the music that had served as the basis of noise in art.
Limited edition.

Also available on CD.
Opening Performance Orchestra is a seven-member ensemble encompassing a wide genre span—from the 20th-century electronic thrusts of the musical avant-garde as far as contemporary Japanese noise music. Its own creations are based on fraction music, with the initial sound being digitally destroyed, fractured, and uncompromisingly rid of all its original attributes within the spirit of the credo “no melodies – no rhythms – no harmonies”. The results are original compositions (such as Spring Ceremony or Fraction Music, Evenfall, Creeping Waves) as well as reinterpretations of other composers' pieces that the ensemble feels to be in the same vein—cases in point being Inspirium Primum, referring to the material by Hiroshi Hasegawa, a Japanese noise music representative; Re:Broken Music, based on the destroyed music of the Czech Fluxus artist Milan Knížák; Chess Show, a distinctive John Cage reminiscence; Perceived Horizons, a tribute to musique concrète; The Noise of Art and Futurist Soirée, originating from the ideas and texts of the Italian Futurists and bringing to bear authentic instruments known as intonarumori.
During its existence, Opening Performance Orchestra has given a number of concerts, for example, at MaerzMusic, a contemporary music festival in Berlin (2014, Broken Re:broken); at the New Music Exposition international festival in Brno (2014, Broken Re:broken); at the Minimarathon of electronic music held as a part of the Days of Ostrava festival of contemporary music (2013, The Noise Of Art); at the Next festival of progressive music in Bratislava (2014, Fraction Music VII); at the Prague Industrial Festival (2006, Fraction Music, and 2008, Astropo); at the Wroclaw Industrial Festival (2007, Fraction Music II); at several previews of the Czech Concretists' Club, including a retrospective at Topièùv salon in Prague (2015, The Contours of Sounds); at the opening of the Membra Disjecta for John Cage exhibition at the DOX gallery in Prague (2012, Chess Show); at the National Gallery in Prague during the Art's Birthday party given by Czech Radio (2016, Futurist Soirée); and at Ostrava Days, in co-operation with Reinhold Friedl (2017, Chess Show).
Since 2010, Opening Performance Orchestra has regularly organised Noise Zone, an open audio-visual project mapping the noise scene, which has hosted, among others, Hiroshi Hasegawa, Astro, Merzbow, Schloss Tegal, Einleitungszeit, Birds Build Nests Underground, Instinct Primal, Magadan, Napalmed and others.
Since 2006, Opening Performance Orchestra has released CDs, mostly as self-publishers, but also with the Belgian label Sub Rosa (Broken Re:broken, together with Milan Knížák, October 2015) and the German label Psych KG (Fraction Elements, together with Hiroshi Hasegawa, August 2016). At the beginning of 2016, Opening Performance Orchestra recorded the composition Futurist Soirée, commissioned by Czech Radio, which was performed within the EBU international exchange network in November 2016.

Blixa Bargeld (born Christian Emmerich in 1959 in Berlin) is one of the founding members, in 1980, and the lead vocalist of Einstürzende Neubauten. From 1984 to 2003 he was co-founder sideman and guitarist of Nick Cave and The Bad Seeds. He works as composer, singer, musician, performer, author, actor, director and lecturer in almost any field of interpretative art, solo or through multiple collaborations (with Nick Cave, Alva Noto, Teho Teardo, Anita Lane, Oliver Augst, Heiner Muller, Wim Wenders, Atom Egoyan, etc.).
Luciano Chessa (born 1971, in Sassari, Italy) is a musician, performance/visual/installation artist, and musicologist.
order wishlist
Texts by Monika Švec Sybolová, Petr Rezek, Milan Knížák.