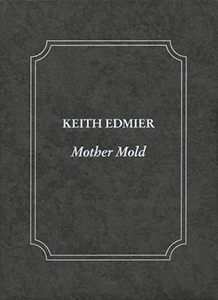 Limited special edition, signed and numbered by the artist with a custom seal. Also included is a card of the 50th and final lifecast self portrait of Edmier made on the exact minute of his 50th birthday and the day of the exhibition opening at Petzel Gallery. Special editions come in a set of 2 books: one first edition copy & one sealed and signed by the artist with the final card.
Limited edition of 20 copies.

Also available in regular edition.
American sculptor Keith Edmier (born 1967 in Chicago, lives and works in New York) received his B.F.A. in 1986 from the California Institute of the Arts. With a background in special-effects makeup and film, Edmier went on to become influenced by neo-conceptualist and appropriation art during his time at California Institue of the Arts. Using many different mediums, Edmier blends pop culture and autobiographical references, recreating his personal history in an uncanny way with the simultaneous nostalgia and humor of his present perspective.
Edmier has shown his work internationally at many galleries and institutions. He has had solo exhibitions at the the Frans Hals Museum in Haarlem, The Netherlands (2013), the Andy Warhol Museum in Pittsburgh (2003), the Los Angeles County Museum of Art in 2002, The University at Albany Art Museum (2008), CCS Bard College (2007) in New York, and at Neugerriemschneider Gallery in Berlin (2000).
His work was featured in the 2002 Whitney Biennial in New York, and in group exhibitions at the Sculpture Center in New York (2013), the Walker Art Center in Minneapolis (2012), Kunstwerke in Berlin (2007), Tate Modern in London (2007) and Tate Liverpool (2005), Museum of Contemporary Art in Rome (2007), and Kunsthalle Vienna (2004) and Migros Museum in Zurich (2004), and is in the collections of such major museums as the Tate Gallery, London; San Francisco Museum of Modern Art; and the Israel Museum.
He is the recipient of the Louis Comfort Tiffany Foundation 2001 Biennial Award.
published in April 2018
English edition
15 x 21 cm (box set)
50 postcards in a cardboard box (color ill.)
out of stock 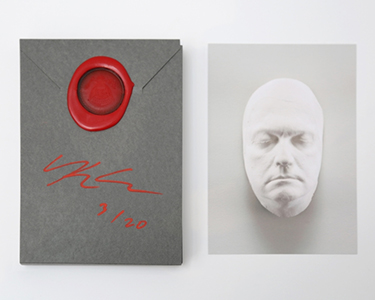