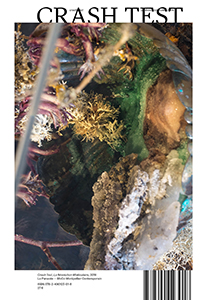 Catalogue of the exhibition-manifesto curated by Nicolas Bourriaud, which takes as its starting point the integration of the notion of Anthropocene in today's artistic scene: the publication proposes an exploration of the output of a new generation of artists who are working on reality, and doing away with the traditional division between the notions of “culture” and “nature.” The catalogue reviews each exhibited work in detail, and offers an enlightening glossary.
The arts in the 2010s have integrated the notion of the Anthropocene, an era dominated by human activities and their impact on the planet.  Our representation of the world has thus evolved into a kind of between fields otherwise considered separate in Western thinking: the mineral, the animal, the vegetal, the machine, and the human, which seem to constantly exchange properties. In light of this new promiscuity, the traditional Western division between nature and culture gradually loses its pertinence. Crash Test is born from this revelation.
This exhibition gathers a generation of artists who deal with the Real on a molecular level, organizing connections between physical/chemical realities and human cultures.  These artists describe the current world (its societies, its cultures…) by working with the matter that composes it, rather than with strictly social or even personal facts. From this group of heterogeneous fields that are blended today, we also think of the image as a coat that envelops our world—an autonomous atmosphere, a layer of pollution.
The artists in Crash Test thus work with material reality. Whether this reality exists in its most basic or its most synthetic form, it raises the question: does a purely “natural” or purely “human” material still exist? Without adopting a scientific approach, these artists investigate particles that compose the physical universe, chemical compounds and synthetic mixtures. Some artists favour the reduction or pulverization of matter while others value reactions and chemical transformations. These are all then displayed in installations with an experimental nature, from pulverization (the reduction of the visible into basic elements) to solution (the dissolving of elements in a solvent) and finally to precipitation (the formation of molecules from aggregates).
With regard to these radically new approaches, we can speak of a new type of materialism—or analytical realism, which takes note of the West's separation of nature and culture as much as the classic subordination between matter and form, often confused here. A materialism wherein the central question would be: how does a state of matter represent a moment in history?
Nicolas Bourriaud
With Alisa Baremboym, Ivana Bašić, Bianca Bondi, Juliette Bonneviot, Jeanne Briand, Dora Budor, Johannes Büttner, Alice Channer, Caroline Corbasson, David Douard, Daiga Grantina, Roger Hiorns, Agnieszka Kurant, Sam Lewitt, Estrid Lutz & Emile Mold, Jared Madere, Enzo Mianes, Virginia Lee Montgomerry, Marlie Mul, Aude Pariset, Thiago Rocha Pitta, Pamela Rosenkranz, Thomas Teurlai, Artie Vierkant, Phillip Zach.

Published on the occasion of the eponymous exhibition at La Panacée-MoCo, Montpellier, from February 10 to May 6, 2018. 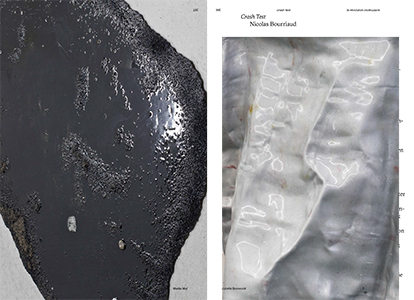 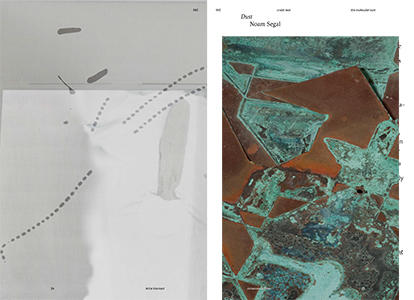 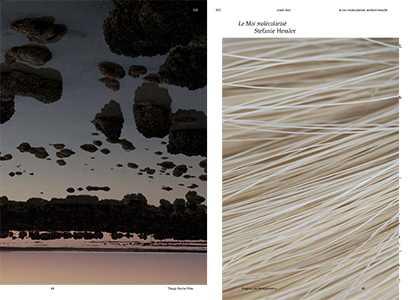 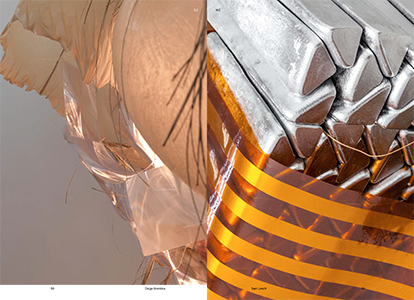 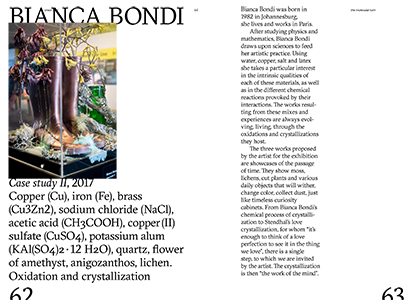 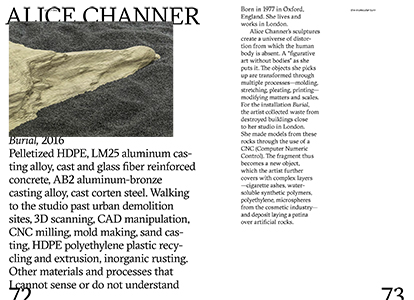 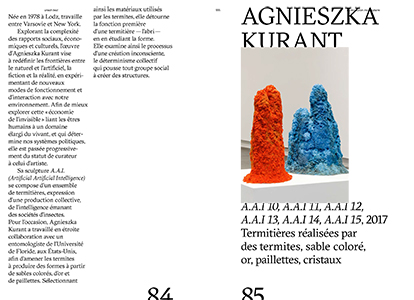 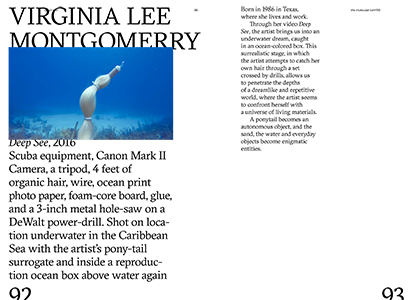