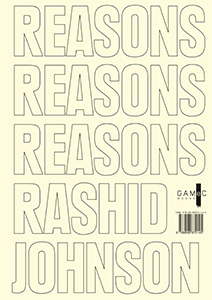 order
The work of African-American artist Rashid Johnson is considered central in the contemporary debate revolving around the issues of identity, integration and memory. This exhibition catalogue showcases a series of his most iconic oeuvres to offer an intimate yet broad introduction to Johnson's artistic practice.
For the exhibition title, Reasons, Johnson was inspired by the eponymous song by American band Earth, Wind & Fire, as the lyrics are closely linked with the meaning of the works on display. In each of his works, the artist encompasses the reasons that were the source of inspiration for their genesis: reasons inspired by the attempt to investigate personal questions as well as universal issues that Johnson strives to explore through his work. The media presented in the exhibition are diverse—black soap, wax, ceramic tile, spray enamel, books, vinyl records, oyster shells, shea butter, live plants with grow lights—but are all familiar from the artist's multivalent practice, and through their repeated use many have become Johnson's signature materials, offering a gateway to the artist's world: sculpture, painting, installation and video.
Some elements are bearers of a cultural phenomenon: wax, soap and shea butter were widely used during the African diaspora and were later associated with the cultural ideology of Afrocentrism in the United States in the late twentieth century; vinyl records and books refer to a more intimate story which alludes to the albums that the artist listened to as a boy. His father's electrical instruments and texts the artist took from his mother's library form part of what is defined as the memorialization of the process of appropriation and re-transposition of the domestic space.
All the materials carry these memories, but in the artist's hands they become the objects of a broader narration. Taken out of their original context, they have been chosen for their ability to interact; they lose their biographical or knowledge-related connotation and are used as instruments that can create signs and graphic traces, becoming lines and thus references to minimal art, as elements to distribute information and subtexts. For Johnson “the artist functions as a time traveller” and his work is “a means or portal to effectively rewrite history, not as a revision but as a work of fiction”.
Published following the eponymous exhibition, GAMeC – Galleria d'Arte Moderna e Contemporanea di Bergamo, from February 2 to May 15, 2016.
Rashid Johnson (born 1977 in Chicago, lives and works in New York) is a sculptor and photographer who works in a wide range of everyday materials, including wax, wood, steel, brass, shea butter, ceramic tile, and such found objects as books, records, VHS tapes, live plants, and CB radios. He finds inspiration in the work of a diverse group of visual artists, actors, musicians, writers, activists, and philosophers, including Carl Andre, Joseph Beuys, Eldrige Cleaver, Bruce Conner, Joseph Cornell, David Hammons, Kasimir Malevitch, Parliament Funkadelic, and Sun Ra. Often identified with the post-black art movement, Johnson's work engages questions of personal, racial, and cultural identity, producing a unique synthesis of historical and material references that are grounded in African American and art history while expanding into questions of mysticism and cosmology.
order
Edited by Stefano Raimondi.
Texts by Giacinto Di Pietrantonio and Stefano Raimondi, interview with Rashid Johnson by Cecilia Alemani. 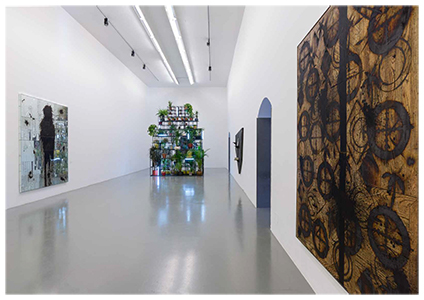 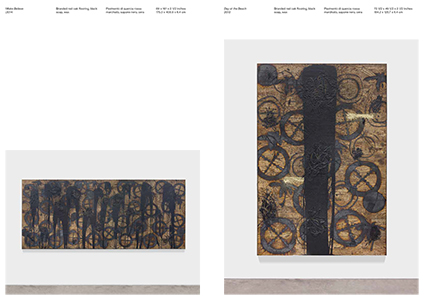 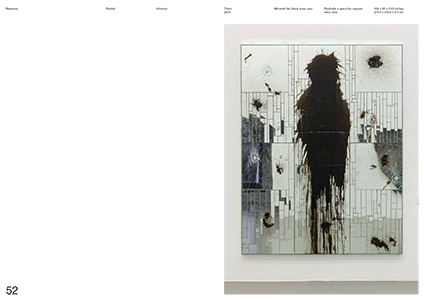 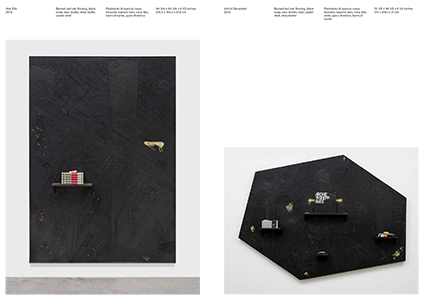 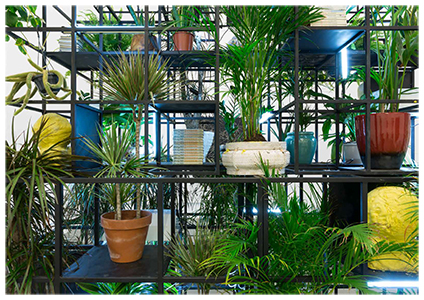 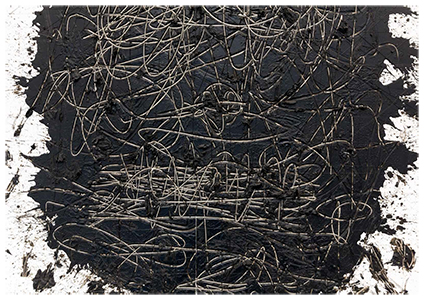 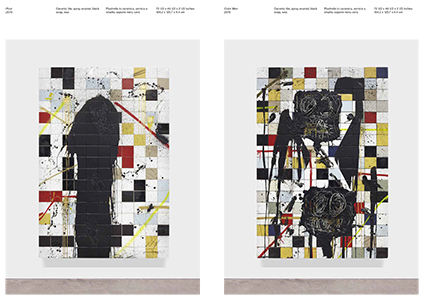