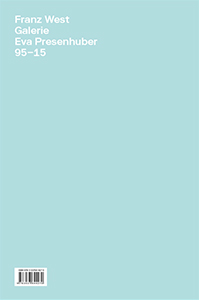 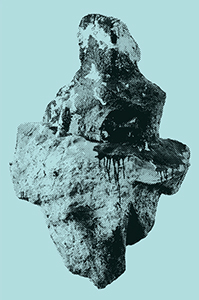 order
wishlist
A tribute to the long collaboration between Franz West and Galerie Eva Presenhuber, this volume offers a comprehensive yet singular overview of the artist's oeuvre, gathering together extensive documentation and rare archive material on the numerous exhibitions they organized together since 1995.
The book—designed by NORM (Zurich)—is introduced by art theoretician and friend of the artist Max Wechsler, who followed the work of Franz West closely for many years. His illuminating foreword starts: “Without doubt, he was an odd bird, a gifted idler, a Vienna man sui generis and eccentric par excellence.”
The relationship between Franz West and Eva Presenhuber began 20 years ago in Zurich. In 1995 West exhibited at the Galerie Walcheturm—“Franz West mit eine Geste von Raymond Hains. Telefonskulpturen. Sitz—und Liegegelegenheiten”—of which Eva Presenhuber was the owner from 1989 to 1997. This first collaboration was followed by many others, including “Vom Feinsten” in 1999, “Aussenskulptur” in 2002, and after the foundation of Galerie Eva Presenhuber in 2002, “Modelle U.A.” and “Drei Skulpturen im Aussenraum Zürich” (both 2006), and “Der Definierte Raum” (2011). After West's death in 2012 Galerie Eva Presenhuber presented the shows “Franz West” (2015) and “Möbelskulpturen” (2015-2016) in cooperation with the Franz West Privatstiftung. This publication underlines the importance of the gallery space as an artistic laboratory, and highlights this particular relationship between an artist and his gallerist, especially when this one is a long-lasting and fruitful dialogue.
Franz West (1947-2012) studied in Vienna at the Academy of Applied Arts. Belonging to the generation of artists exposed to Actionist and Performance Art of the 1960s and 70s, West instinctively rejected the traditionally passive nature of the relationship between artwork and viewer. Being equally opposed to the physical ordeal and existential intensity insisted upon by his performative forbears (such as Vienna Actionism), he made work that was vigorous and imposing yet free and light-hearted, where form and function were roughly compatible rather than mutually exclusive. In the seventies, he produced the first of the small, portable, mixed media sculptures called Adaptives (Passstücke). These “ergonomically inclined” objects become complete as artworks only when the viewer holds, wears, carries or performs with them. Transposing the knowledge gained with these formative works, he explored sculpture increasingly in terms of an ongoing dialogue of actions and reactions between viewers and objects in any given exhibition space, while probing the internal aesthetic relations between sculpture and painting.
West's work has been a fixture in countless international survey exhibitions such as Documenta and Biennales all over the world, and it is included in major public collections including Centre Pompidou, Paris; Museum Ludwig, Cologne, the Museum of Modern Art, New York; and MAXXI, Rome. West was awarded the Golden Lion for Lifetime Achievement at the 54th Venice Biennale in 2011.
order wishlist
Edited by Eva Presenhuber.
Text by Max Wechsler. 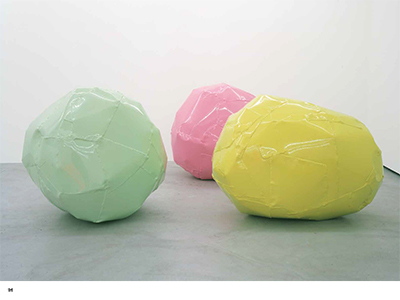 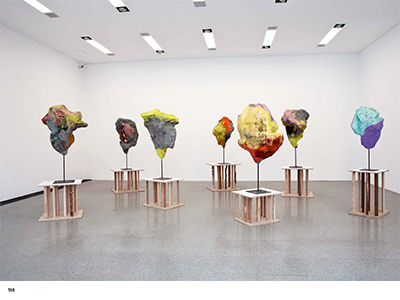 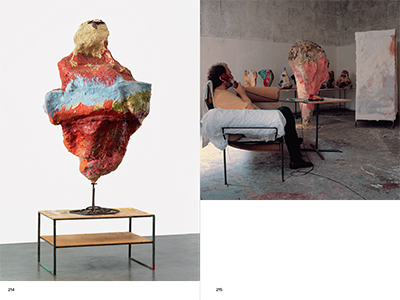