Die Not hat ein Ende – The Swiss Art of Rock 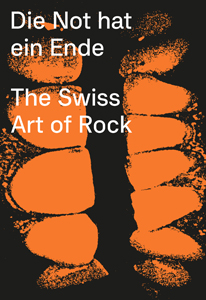 order
A visual history of rock music and its subcultures in Switzerland in the last 50 years.
Lurker Grand's Die Not hat ein Ende – The Swiss Art of Rock (“Need Comes To an End” – The Swiss Art of Rock”) traces the history of rock music in Switzerland. The focus is not so much on a musical era and its protagonists as on the visualization of the subcultures. Designers, graphic designers, musicians, and photographers from across Switzerland visualize the last 50 years of local rock and pop music history through their album covers, concert posters, flyers, fanzines, comics, and photographs. Die Not hat ein Ende – The Swiss Art of Rock is not just another colorful book about music, but instead an impressive historical document of an era. It is a fulsome work that pays tribute to the aesthetics of this anar-chic artistic avantgarde from its beginnings to the present day. In addition to visualizing the music, a lot of space is devoted to the history of the music itself.
Music journalist, collector, and curator Samuel Mumenthaler, coauthor of this book, describes the development of rock music in Switzerland chronologically and very precisely, but without getting lost in the details. Roland Fischbacher, Director of the Visual Communications program at the Bern School for the Arts, and Robert Lzicar, Design researcher and designer, discuss the evolution of the visual appearance of rock culture from its beginnings to the present day. This is a pioneering work that no one in Switzerland has undertaken to date. The book also recounts anecdotes that have made it from Switzerland into the annals of international rock history.
With Düde Dürst, Werner Jeker, Peter Blumer, H.R. Giger, Peter Fischli & Stephan Eicher, Steiger, Byland & Wittwer, Peter Bäder, Dirk Bonsma, Jacques Schouwey, Magnin, Straubhaar & Torregrossa, Michel Casarramona, Märt Infanger, Cornel Windlin, Alain C. Kupper, Eric Andersen...
order
Edited by Lurker Grand.
Texts by Samuel Mumenthaler, Roland Fischbacher, Robert Lzicar. 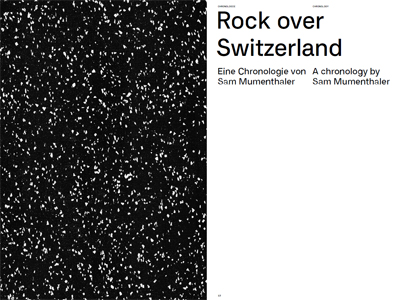 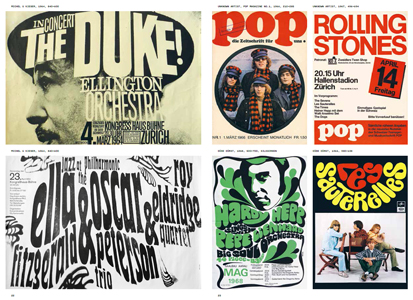 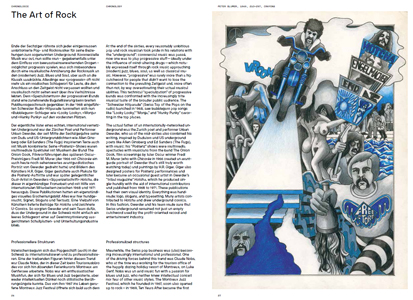 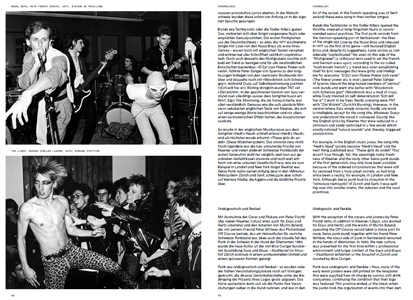 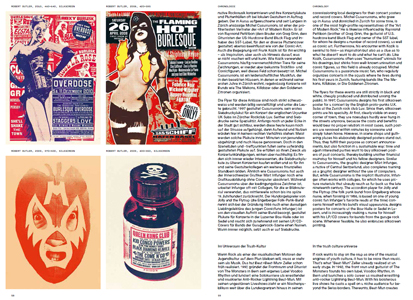 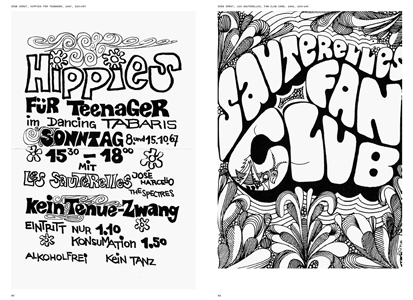 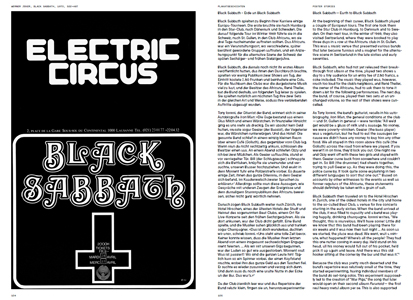 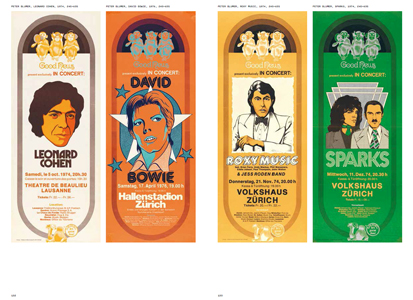 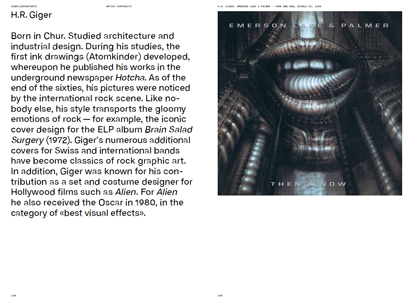 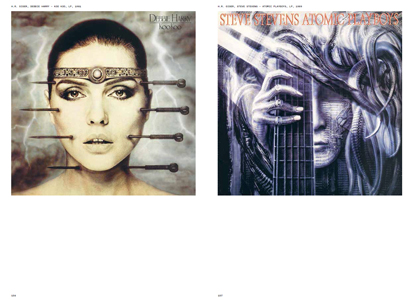 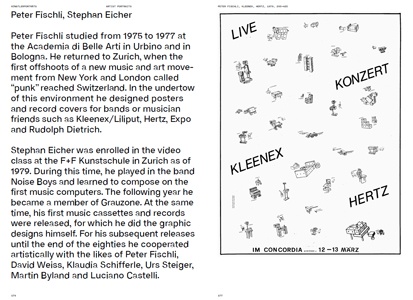 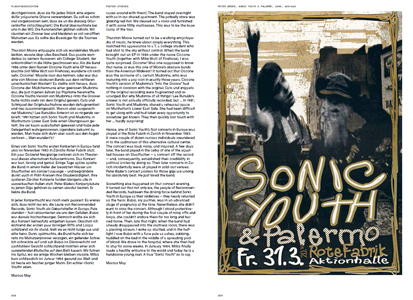 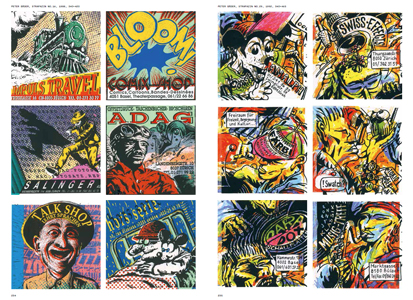 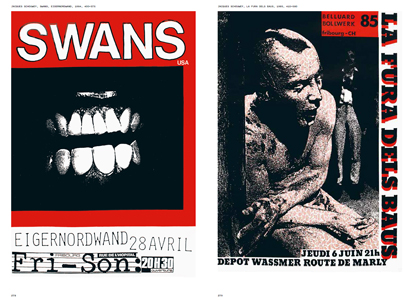 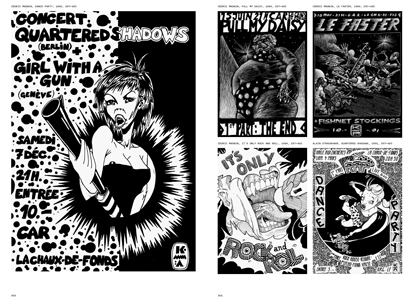 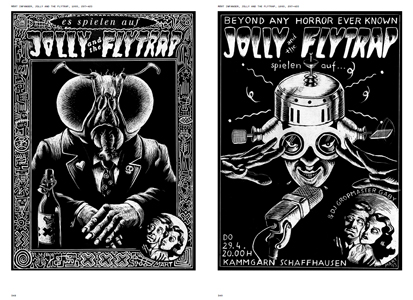 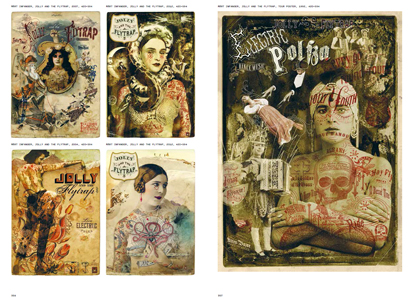 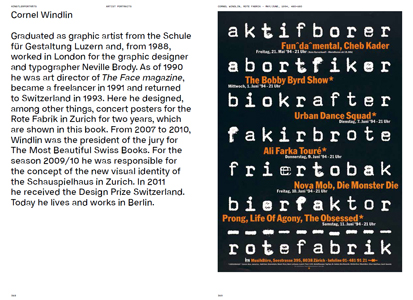 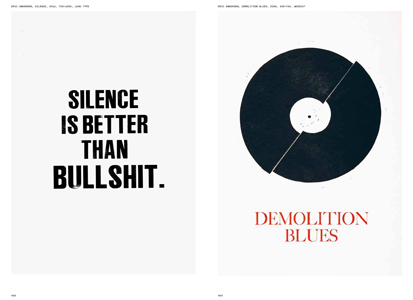 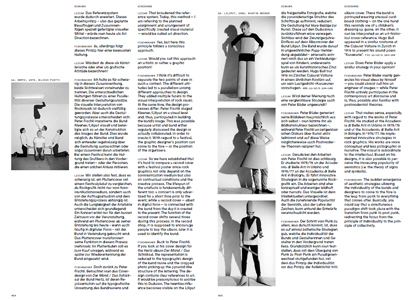 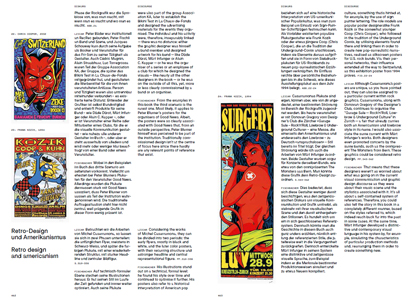