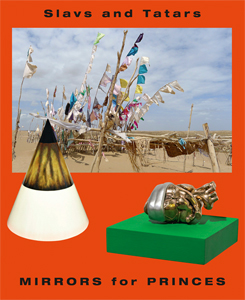 order
Artist's book.
This form of political writing often called “advice literature,” shared by Christian and Muslim cultures alike, “mirrors for princes” attempted to elevate statecraft (“dawla”) to the same level as faith/religion (”din”) during the Middle Ages. These guides for future rulers—Machiavelli's ”The Prince” being a widely known example—addressed the delicate balance between seclusion and society, spirit and state, echoes of which we continue to find in the US, Europe, and the Middle East several centuries later. Today we suffer from the very opposite: there is no shortage of political commentary, but a notable lack of intelligent, eloquent discourse on the role of faith and the immaterial as a valuable agent in society or public life. This publication brings together the writing of preeminent scholars and commentators using the genre of medieval advice literature as a starting point to discuss fate and fortune versus governance, advice for female nobility, and an Indian television drama as a form of translation of statecraft. The illustrated essays are accompanied by an interview with Slavs and Tatars.
Published following the eponymous exhibition at Kunsthalle Zürich in 2014.
Slavs and Tatars is a faction of polemics and intimacies devoted to an area east of the former Berlin Wall and west of the Great Wall of China known as Eurasia. The collective's work spans several media, disciplines, and a broad spectrum of cultural registers (high and low) focusing on an oft-forgotten sphere of influence between Slavs, Caucasians and Central Asians.
Slavs and Tatars has published Kidnapping Mountains (Book Works, 2009), a celebration of complexity in the Caucasus, Love Me, Love Me Not: Changed Names (onestar press, 2010) and are currently preparing solo engagements at Vienna's Secession,  Museum of Modern Art, New York and Künstlerhaus Stuttgart. 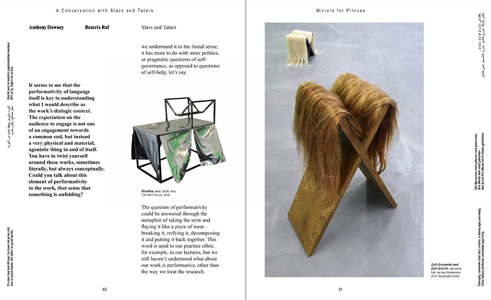 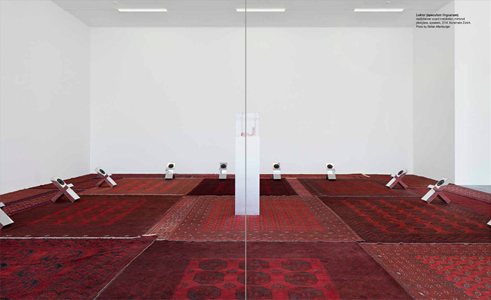 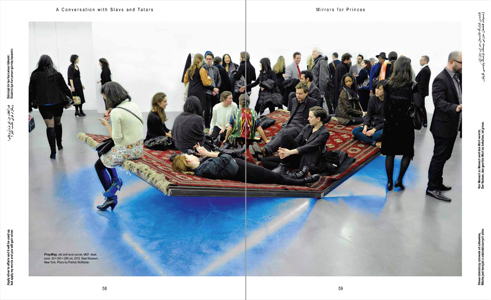 Slavs and Tatars: other title