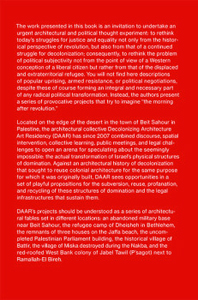 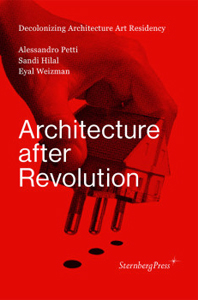 order
wishlist
A series of provocative projects by the architectural collective Decolonizing Architecture Art Residency (DAAR) that try to imagine “the morning after revolution.”
The work presented in this book is an invitation to undertake an urgent architectural and political thought experiment: to rethink today's struggles for justice and equality not only from the historical perspective of revolution, but also from that of a continued struggle for decolonization; consequently, to rethink the problem of political subjectivity not from the point of view of a Western conception of a liberal citizen but rather from that of the displaced and extraterritorial refugee. You will not find here descriptions of popular uprising, armed resistance, or political negotiations, despite these of course forming an integral and necessary part of any radical political transformation. Instead, the authors present a series of provocative projects that try to imagine “the morning after revolution.”
Located on the edge of the desert in the town of Beit Sahour in Palestine, the architectural collective Decolonizing Architecture Art Residency (DAAR) has since 2007 combined discourse, spatial intervention, collective learning, public meetings, and legal challenges to open an arena for speculating about the seemingly impossible: the actual transformation of Israel's physical structures of domination. Against an architectural history of decolonization that sought to reuse colonial architecture for the same purpose for which it was originally built, DAAR sees opportunities in a set of playful propositions for the subversion, reuse, profanation, and recycling of these structures of domination and the legal infrastructures that sustain them.
DAAR's projects should be understood as a series of architectural fables set in different locations: an abandoned military base near Beit Sahour, the refugee camp of Dheisheh in Bethlehem, the remnants of three houses on the Jaffa beach, the uncompleted Palestinian Parliament building, the historical village of Battir, the village of Miska destroyed during the Nakba, and the red-roofed West Bank colony of Jabel Tawil (P'sagot) next to Ramallah-El Bireh.
Alessandro Petti is an architect and researcher in urbanism, founding member and co-director of DAAR - Decolonizing Architecture Art and residency, an architectural office and an artistic residency program that combines conceptual speculations and architectural interventions. Alongside research and practice, Petti is engaged in critical pedagogy, he is the founding member of Campus in Camps an experimental educational program hosted in Dheisheh refugee camp Bethlehem.
Sandi Hilal is an architect and researcher, and founding member and co-director DAAR - Decolonizing Architecture Art and residency.
Eyal Weizman (born 1970 in Haifa) is an Israeli intellectual and architect. He is Professor of Spatial and Visual Cultures at Goldsmiths, University of London and Director of the Centre for Research Architecture—a “laboratory for critical spatial practices”—which he created, within the Department of Visual Cultures, in 2005. He is the founding director of Forensic Architecture.
order wishlist
Design by Surface.
published in February 2014
English edition
14 x 21 cm (hardcover)
206 pages (150 ill.)
25.00 €
ISBN : 978-3-943365-79-5
EAN : 9783943365795
in stock 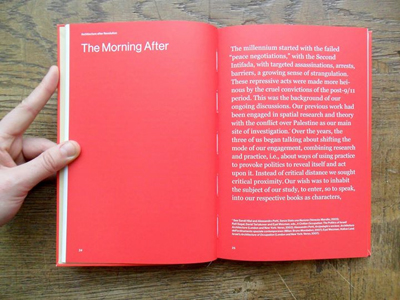 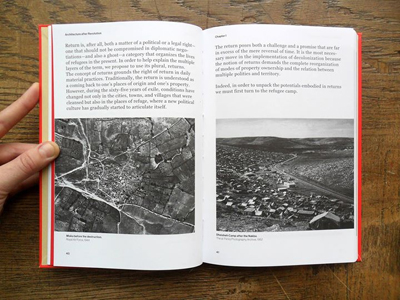 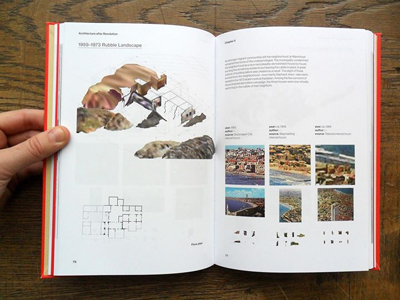 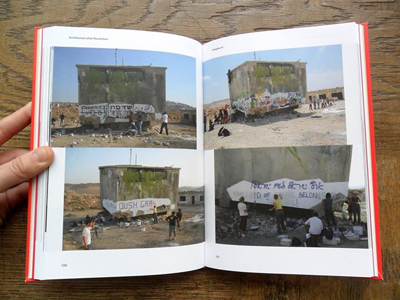 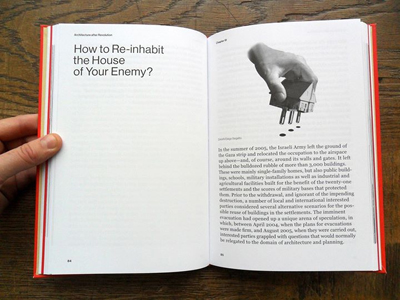 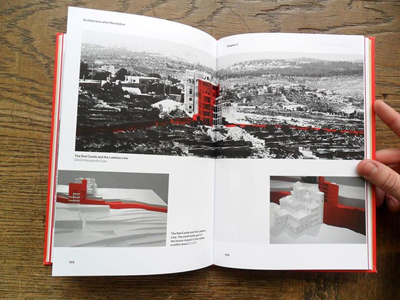