Christian Höller (born 1966, lives and works in Vienna) is a theorist, art critic, a member of the editorial board of "Springerin" (Vienna) and was one of the editors of "documenta 12 magazines," 2006-2007. A Visiting Professor at the Geneva University of Art and Design, he has written extensively on art and cultural theory. 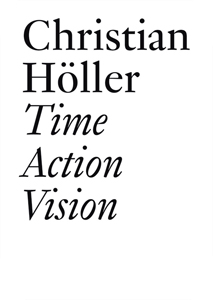