Since the beginning of the 90's, Richard Hawkins (born 1961 in Mexia, Texas, lives and works in Los Angeles) has developed a collage practice inherited from the cut-up legacy of Brion Gysin which aggressively mined the collapsed myths of American counter-culture. For Hawkins, collage is a space for doublings and expansions, for the unrealizable, the transient, the ephemeral and the unstable.  Collage, in fact, could be seen as the basis for the artist's entire oeuvre whether they be paintings, sculptures, assemblages, books of fiction, poems, tumblr accounts saturated with vintage porn or curated shows of other artists' works. All of Hawkins's works are haunted by a horny voyeur, a hungry cruiser, a desiring hunter whose point of view focuses on the fantastical space of classic and contemporary mythologies, perusing fleshy magazines and galleries of old paintings as lustily as he stalks real boys on streetcorners.
Rather than direct links between the different narratives, practices and media in Hawkins's work, there are only the melding continuities of similar levels of indulgence, the little joys of being fascinated and getting carried away. So the beauty of teenbeat star Matt Dillon, the shadow of Lautréamont and the dislocated gesture of Butoh founder, Tatsumi Hijikata, are all approached with the same delight, grace and vulgar pleasure as are any of Hawkins' other obsessions: Greek and Roman statuary, 19 C. French Decadent literature, Gustave Moreau's paintings, American Indian cultural narratives, zombies, haunted houses, poststructuralist theory or the sextrade in Thailand.
Stéphanie Moisdon 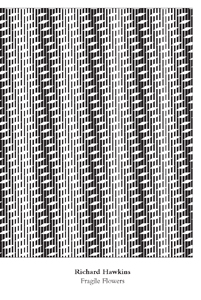