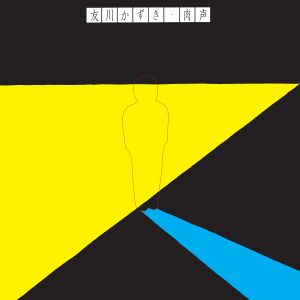 wishlist
Vinyl reissue of Kazuki Tomokawa's second album (1976), having imposed him on the Japanese avant-garde/avant-folk scene.
In the 1970s, Kazuki Tomokawa catapulted into Tokyo's avant-garde scene with his cathartic and utterly electrifying performances. Straight from the Throat, Tomokawa's second album, released in July 1976 by Harvest Records, finds the musician in his truest form: as the "screaming philosopher" he would come to be called—cynical but fair, cheeky and melancholic, and looking at the world with truth-seeking eyes.
In Straight from the Throat, Tomokawa shrieks and shouts and wallows with ritualistic abandon—his avant-folk stylings are cosmic and, at times, swell to ground-shaking rock. He speaks of adolescence, passing hearses, and wedding chapel cars in a poem to his younger brother, Tomoharu, and watches ice melt on the Mitane River with spring's turn. Tomokawa's sound is, as Kiichi Takahara would later dub it, "I-music": revelatory and deeply intimate songs that turn to the everyday and the interior. They are portraits of a man in search of meaning, who is taking stubborn control of his life by doing so. As he croons in "The Spring Is Here Again Song," "I'll drink till I've had my fill / And fall in love until I die."
Blank Forms · Kazuki Tomokawa - Straight from the Throat (excerpts)
Kazuki Tomokawa (born Tenji Nozoki in 1950 in the Akita Prefecture area of northern Japan) is a prolific Japanese musician, singer-songwriter, artist and poet, one of the pioneers of acid-folk, active on the Japanese music scene since the beginning of the 1970s, companion of musicians such as Kan Mikami, Keiji Haino or Motoharu Yoshizawa. He has recorded more than thirty albums.
wishlist
2022 (publication expected by 2nd quarter)
forthcoming