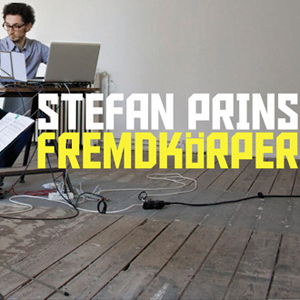 order
A totally original and disturbing sound world mixing acoustic and electro-acoustic pieces.
“In his compositional work Prins seeks to critique received convention, to break the framework of the usual, and dispose of aesthetic axioms. He envisions a musical art form beyond the safe confines of the “scene”, wherein the connection to the larger cultural discourse has gotten lost. A central pre-condition for the making of a new music with a future is the role of the aware, critical observer, one who is prepared to exploit the technologies and mechanisms of the prefabricated media with a view to their possibilities for new music. Stefan Prins lives up to this calling.”
Michael Rebhahn, 2012

“On this double CD—the first release to focus exclusively on my composed music—I happily present a considerable lot of my acoustic, electro-acoustic and mixed compositions up to 2010, ranging from the first piece which survived my self censorship, the “Etude Intérieure” for inside piano and marbles (2004), to more recent compositions, such as “Fremdkörper #2” for quartet & live-electronics and “Fremdkörper #3 (mit Michael Jackson)” for amplified ensemble & sampler (2010).
All compositions were recorded by the astonishing ensembles and performers for whom they were originally composed, after they have been intensively worked on and performed for years. Thanks to the artistry, dedication and enthusiasm of these wonderful musicians, these compositions and their performances got thus the chance to slowly grow into juicy, ripe fruits.
The time had come to harvest.”
Stefan Prins, May 2012
The tension between the activities of Stefan Prins (born 1979 in Belgium) as a composer and a performer/improviser (live-electronics) is an important factor in his music. But perhaps even more important is his interest in contemporary technology and the way it influences the “conditio humana” in today's society.
After graduating as an engineer, Stefan Prins studied piano and composition at the Royal Flemish Conservatory in Antwerp, “Music technology” at the Royal Conservatory of Brussels, “Sonology” at the Royal Conservatory of The Hague and “Philosophy of Culture” and “Philosophy of Technology” at the University of Antwerp.