Reinhold Weber (1927-2013) was known as a pioneer of electronic music. In his compositions, Weber placed a focus on twelve-tone music, he became increasingly fascinated in the field of computer music since the 1970s. He produced numerous works at the Studio for Electronic Music at the University of Karlsruhe.
Reinhold Weber studied at Robert Schumann Conservatory in Düsseldorf (including composition with Jürg Baur, piano with Max Martin Stein) and passed his exam in composition, theory, piano and ear training with distinction. He completed further masterclasses with Wolfgang Fortner, Hermann Heiss, Oliver Messiaen (composition), Kurt Thomas (choral conducting), Andor Foldes (piano) and Gerhard Nestler (electronic music). Reinhold Weber was a professor at the Baden Conservatory of Music in Karlsruhe and also worked in the Studio for Electronic Music of the University of Karlsruhe. His works have been performed in numerous concerts and were broadcasted by SDR, WDR, NDR, HR, SWF and Radio Bremen. 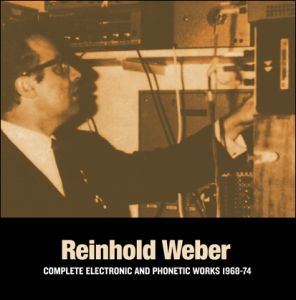