Konstantin Raudive (Konstantīns Raudive, 1909-1974), a student of Carl Jung, was a Latvian psychologist and parapsychologist who taught at the University of Uppsala, Sweden, before devoting the last ten years of his life to electronic voice phenomenon (EVP). He published the book Breakthrough in 1971. His early collaborator F. Jurgenson, whom he met by the very beginning of 1965, awakened K. Raudive's interest in EVP research. Raudive spent endless hours for the thorough study of Jurgenson's books (Voices from Space, 1964, and Radio-Link with the Dead, 1967). From an overwhelming database (ranging about 72000 samples), Raudive's mother seems to be statistically the most frequently reported contact personality. She usually addressed her son in the Latgalian dialect. 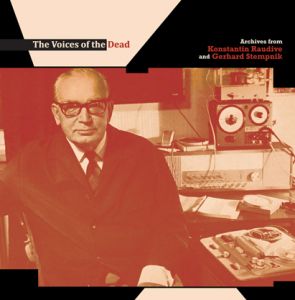