David Harvey is a Distinguished Professor of Anthropology & Geography at the Graduate Center of the City University of New York (CUNY). 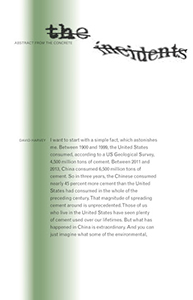