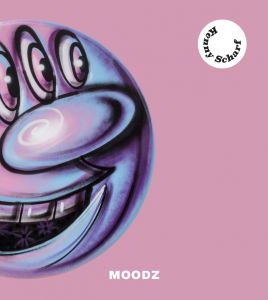 order
wishlist
Variations on the face: downtown legend Kenny Scharf's permutational exploration of character.
This new book by cult artist Kenny Scharf reveals his latest body of works entitled “MOODZ.” Comprising 350+ circular paintings of faces—each one different—this comprehensive ensemble gives form to a population of moods, feelings, expressions, and colors. Who are the characters depicted on these multiple canvases? Scharf explains they all reflect aspects of his own personality. Some days he needs to release his aggressive energy and they may reflect his anger. Other faces reflect his exuberance and love of painting.
The serial imagery and the iconic quality of Scharf's faces evoke the work of Andy Warhol. The conceptual structure also reflects the heritage of minimal art. Scharf likens the “MOODZ” series to an early memory of seeing the pixels of color on his parents' first color television. His work fuses the vocabulary of Pop and Minimalism with 1960s California TV culture that he experienced as a boy in the San Fernando Valley, and as a high school student in Beverly Hills.
Kenny Scharf has been spray-painting faces since 1981. First furtively painting on the street, he learned to develop images spontaneously and quickly. For “MOODZ” he has created an expansive body of work within a rigorous set of constraints—but with infinite possibilities. Scharf embraces the immediacy of spray paint. His gestures use his entire body. The process is totally physical, like a dance. He paints while listening to music on his headphones, entering into a zone where his mind and body merge. His strokes follow the beat. Spray painting is probably the most direct way to make an image. There is no possibility for correction or erasure. As Scharf says, “there is no lying with spray paint.” The accidents that happen lead to new ideas. His faces are continually morphing and evolving.
Designed by Alexander Kohnke (Los Angeles) and organized chromatically, the publication gathers together the entire series of “MOODZ” as well as exhibition views and documentation related to the project. It features an essay by American gallerist and cultural figure Jeffrey Deitch, and an interview with the artist by Lio Malca. A poster (72 x 55 cm)—on which all the faces are reproduced together as if they form a color chart—accompanies the publication.
Kenny Scharf (born 1958 in Los Angeles, where he currently lives and works) is an American painter. In 1978 he moved to New York to study at the BFA School of Visual Arts from which he graduated in 1980. He befriended artists such as Jean-Michel Basquiat, Andy Warhol, and Keith Haring, and gained notoriety in the 1980s in New York for bridging contemporary art and graffiti. Scharf uses images from popular culture, especially from TV cartoons such as The Jetsons, The Flintstones, and The Simpsons, to bring art to everyday life. His art highlights a kind of eternal youth, a utopic colorful pop world full of comical monsters, floating donuts, and one-eyed creatures.
order wishlist
Edited by Arnaud Hubert and Kenny Scharf.
Texts by Jeffrey Deitch, Kenny Scharf, Lio Malca. 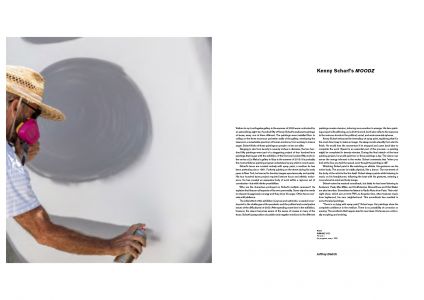 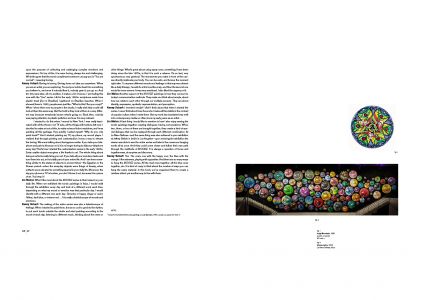 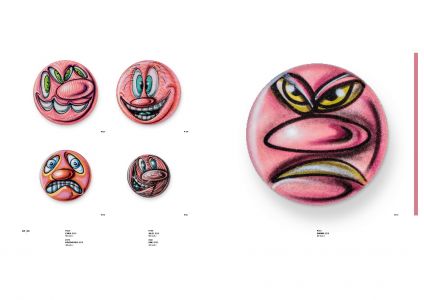 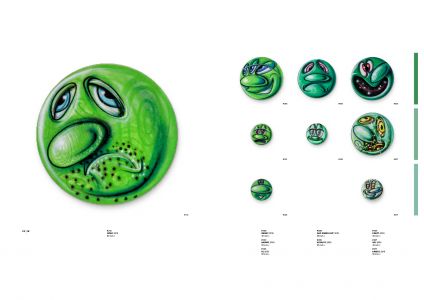 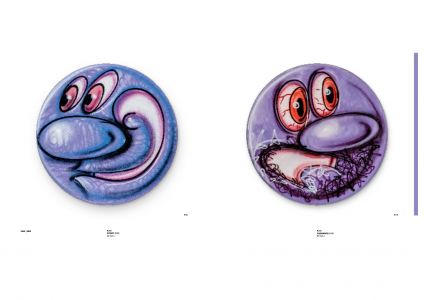 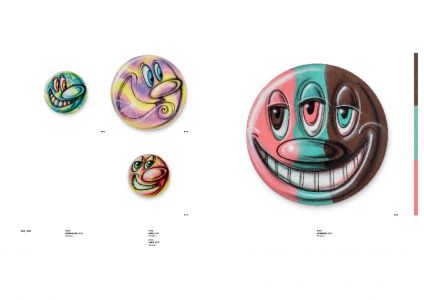