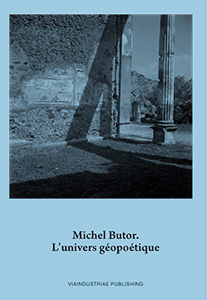 order
This publication is the result of a series of meetings and interviews with Michel Butor in Italy, between 2012 and 2016. It also features texts by Mireille Calle-Gruber, Paolo Fabbri, and Butor himself, as well as six unreleased photographs from 1952 to 1958, documenting the French author's travels in Italy. The accompanying DVD À propos de. Entre littérature et art, le paysage véritable is a video-essay by Isabella Bordoni, and one of Butor's final appearance.
Published on the occasion of the exhibition “Escales visuelles – Michel Butor, l'univers géopoétique”, Galerie de l'Institut français, Milan, from January 25 to February 24, 2017.
Michel Butor (born 1926 in Mons-en-Barœul, France) is a writer, essayist and poet. He redefined the genre of the novel, notably with Second Thoughts (1957), further developing new forms with Mobile (1962). During the Sixties, he engages in an experimental way, writing travel stories, dream narratives and other fundamental works with painters, musicians and photographers. Also a teacher in such places as Egypt, Manchester and Geneva, Butor the traveler is the recipient of numerous literary prizes.
order
Edited by Isabella Bordoni.
Texts by Michel Butor, Isabella Bordoni, Mireille Calle-Gruber, Paolo Fabbri. 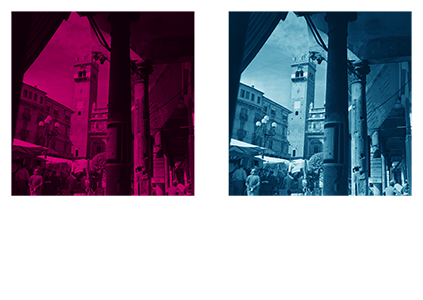 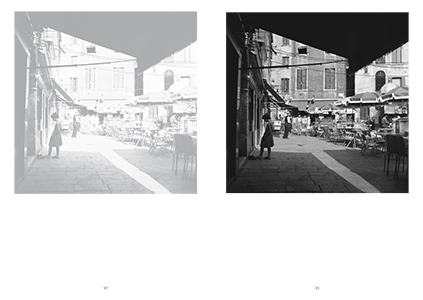 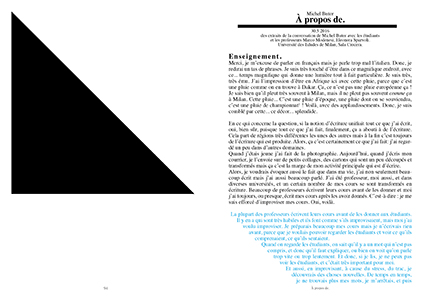 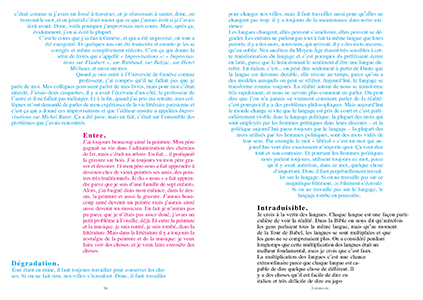