Cutting out Time in its Place – Experimental Journey 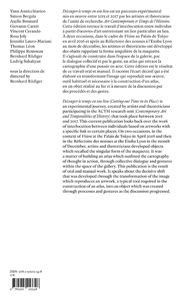 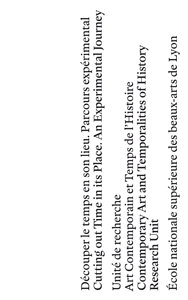 order
A experimental journey looking back over the work of interlocution between individuals based on artworks with a specific link to certain places.
Cutting out Time in its Place is an experimental journey, created by artists and theoreticians from the ACTH research unit that took place between 2015 and 2017.
This publication looks back over the researchers' work of interlocution based on artworks with a specific link to certain places. The artworks which persistently cropped up in discussions between artists and theoreticians form the central axis of a hitherto unseen form of exhibition based on Roof Garden Commission by Pierre Huyghe in 2015, set up on the roof of the Metropolitan Museum in New York, and its connection with Central Park and the Museum of Natural History, Conical Intersect by Gordon Matta-Clark, created for the Paris Biennial of 1975, made amid the ancient constructions of wood and plaster in the Beaubourg neighborhood, that were being destroyed at the time, and also the retrospective of the work of Gerhard Richter at the Albertinum in Dresden in his home town in East Germany, rebuilt after its total destruction in February 1945.
On two occasions, first in the context of Vision at the Palais de Tokyo in April 2016, and then in the Réfectoire des nonnes in the ENSBA, Lyon in the month of December, the artists and theoreticians developed objects which recall the singular form of the maquette. It was a matter of building an atlas which outlined the cartography of thought in action, through collective dialogue and gestures within the space of the gallery.
Since a first experimental exhibition at the Réfectoire des nonnes in 2011, the research unit has been working on the elaboration of tables, visual tools that enable a discussion of a theoretical nature. This publication speaks about the decisive shift that was developed through the transformation of the image which reproduces an artwork, a typical tool required in the construction of an atlas, into an object which was created through processes and gestures as the discussion progressed.
The conversation which accompanied the work, recorded over two days at Aisey-sur-Seine on September 16th and 17th, 2017, by Yann Annicchiarico, Axelle Bonnard, Jenny Lauro-Mariani and Bernhard Rüdiger, then transcribed and edited with contributions by Vincent Ceraudo, Maïté Marra and Philippe Rousseau, is no longer an oral thought process dealing with visual arguments, but rather the oral and manual application of their reification. The discussion is not based on images, but rather on gestures that transform the portrayal of a reference into an action. Thought, or rather the oral nature of collective conversation, here becomes a gestural praxis, it becomes a heuristic tool which both determines the arguments and exposes them to the concrete space of their visual and verbal shaping.
order
Edited by Bernhard Rüdiger.
Texts by Yann Annicchiarico, Axelle Bonnard, Jenny Lauro-Mariani, Bernhard Rüdiger 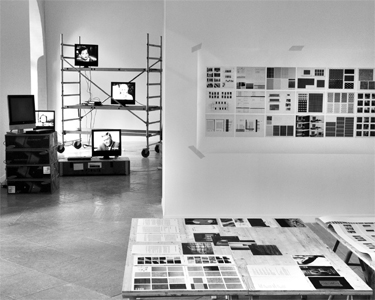 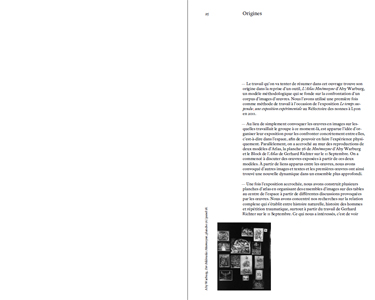 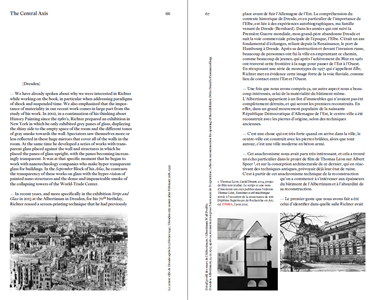 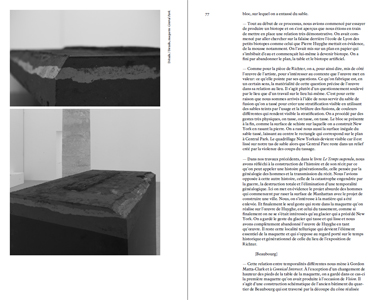 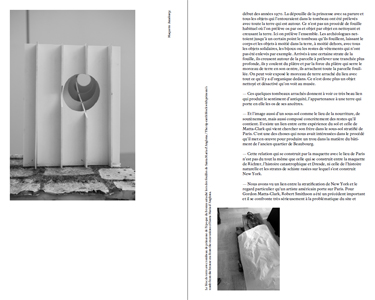 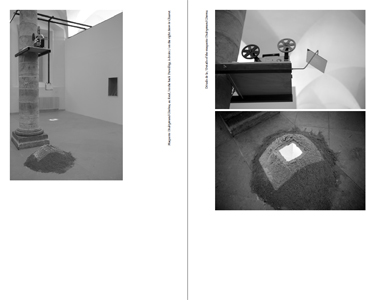 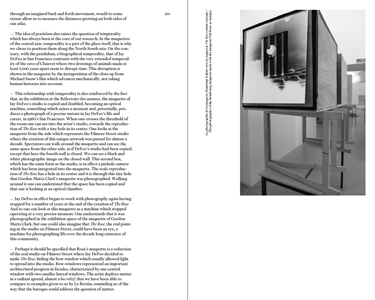 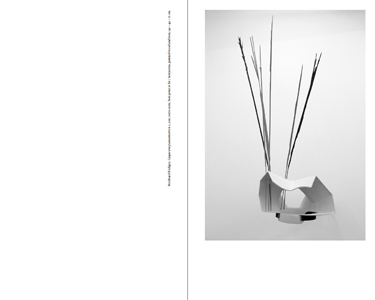 Cutting out Time in its Place