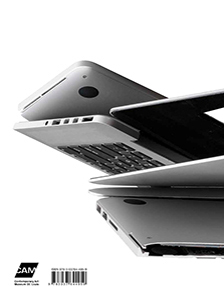 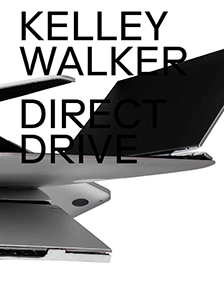 order
New monograph.
Since the early 2000s, Kelley Walker has developed a body of work that alters and subverts some of the most ubiquitous cultural, political, and social signifiers of our contemporary society. Using the potency of advertising strategies, his work interrogates the ways a single image can migrate into a number of cultural contexts, how meaning constantly shifts, and how everything and everyone is subject to reinvention—just as the iconic recycling symbol he uses in numerous manifestations might ironically suggest. He explores authorship and authenticity, the manipulation and repurposing of images and material from the public domain in order to destabilize issues of identity, race, class, sexuality, consumerism, and politics. Production, transaction, analogue/digital conversion, and distribution processes are central to his practice: “I am working with a very complex way of producing objects that conflates and compresses and deflates all different types of modes of production in one object.”
Often using such technologies as 3-D modeling software and laser cutting, Walker works in a variety of media, including photography, painting, printmaking, collage, and sculpture. Referencing the heritage of artists such as Andy Warhol, Jackson Pollock, and Sigmar Polke, “he combines printing techniques and digital manipulations. His work thus collapses the digital and the physical into a compressed space of representation—a new space for painting in the digital age,” Christophe Cherix observed in 2016. In an era of digital reproduction, Walker's work draws attention to popular culture's perpetual consumption and reuse of images and iconic figures, such as Michael Jackson, Whitney Houston, the celebrated Italian magazine Domus, or hip-hop magazine KING.
This comprehensive monograph is published as the editorial sequel to Kelley Walker's “Direct Drive” solo exhibition at the Contemporary Art Museum St. Louis (Fall 2016). Designed by NORM (Zurich), it features Walker's different bodies of works to date (the “Black Star Press,” “Brick Paintings,” “Recycling Signs,” and “Schema” series among others) alongside his most recent pieces. Edited and introduced by Jeffrey Uslip, Direct Drive exhibition's curator, it brings together new essays by MoMA's Chief Curator of Drawings and Prints Christophe Cherix, Le Consortium's Co-Director Anne Pontégnie, and University of Southern California's Professor Suzanne Hudson.
Published following the exhibition “Direct Drive,” Contemporary Art Museum St. Louis, from August 5, to December 31, 2016.
Born 1969 in Colombus, Georgia, Kelley Walker lives and works in New York City. Authorship and authenticity are primary concerns in his work. Taking material from the public domain, Walker further complicates everyday transactions with visual material, converting the banality of mass media into instances of trepidation, complexity, and instability. Using the potency of advertising strategies, Walker's large-scale prints appropriate iconic cultural images, digitally altering them to highlight underlying issues of politics and consumerism. His computerized composites do not target specific institutions or causes, but rather expose the constant state of anxiety within contemporary culture. Humorously combining processes of analogue collage to reference abstract painting, Walker smears magazine covers with toothpaste or news photos with melted chocolate; scanned into his computer, their materiality is transformed into pure information. This politics of the mediatization of contents, combined with Walker's acuity for the systemics of visual messages, give his photo-based works an unlikely quality of being neither post-Pop nor appropriation per se.
order
Edited by Jeffrey Uslip.
Introduction by Jeffrey Uslip.
Texts by Christophe Cherix, Anne Pontégnie, Suzanne Hudson. 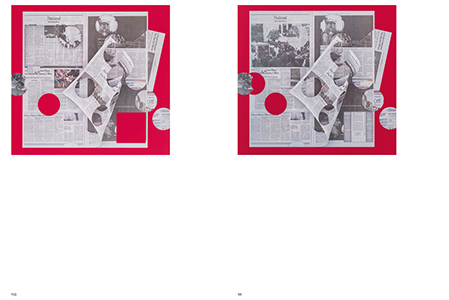 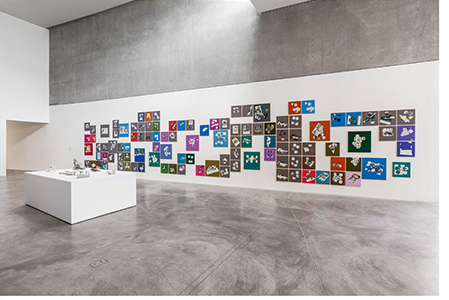 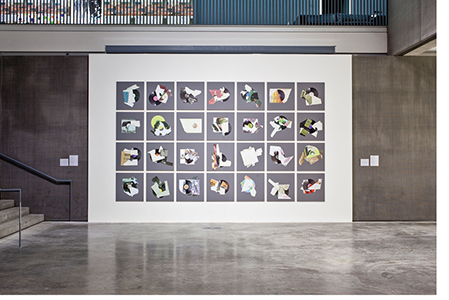