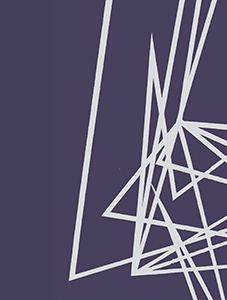 order
wishlist
Élodie Lesourd's first retrospective monograph provides a complete overview of her work since 1993, highlighting her inclination toward Rock culture and hyperrealism.
Scrutinizing points of contact between art and music, interpreting myths spawned by rock or underground culture, manipulating its codes and symbols: these operations recur like leitmotifs in the art and artistic journey of Élodie Lesourd.
Élodie Lesourd uses the back-and-forth movement between art and music to develop an ontological and aesthetic reflection on each of these mediums in a dual body of work. On the one hand, it plays out in a sort of neo-conceptual approach, a means for the artist to analyze the references to rock culture through the prism of art history or with semiotic play. This can mean connecting the extremities of Norwegian black metal band logos to reveal them as mystical pentagrams, or reinterpreting cult band album covers in abstract compositions, or adopting the punk DIY ethos to transform the features of the musical style (T-shirts stripped of their band logos, guitar picks assembled in the form of a flag, for example). On the other hand, hyperrockalism, a concept invented by Élodie Lesourd, is based on the hyperrealistic reproduction of photographs of installations by other artists who reference rock. Following its rules, she works freehand to fully reproduce the photographs as paintings.
At first glance, the two approaches seem to be worlds apart: the aesthetically pleasing, flamboyantly colourful hyperrockalism stands in sharp contrast to the abstraction and muted chromatics of its more semiological counterpart. Élodie Lesourd offers an atmospheric journey through this twofold yet cohesive world, where the links between the musical and visual realms by turns overtly reveal themselves or hide from view, as if to be better heard.
The 7" vinyl record (flexi disc) that accompanies the publication contains a recording of a piece composed for a concert-performance for 4 guitars (Benjamin Bianciotto, Nicolas Chassagne, Dan Laurens, Élodie Lesourd) at Palais de Tokyo, Paris, in 2014,, as part as the project “RE✝FA”, a musical transposition of noises unintentionally generated by other artist's works, here a work by Aaron Young.

The book also includes a poster designed by Seldon Hunt and Elodie Lesourd.

Published following the exhibition “Élodie Lesourd – The Oracular Illusion,” Casino Luxembourg, from September 26, 2015, to January 3, 2016.
The work of French artist Élodie Lesourd (born 1978, lives and works in Paris) is inspired by the codes and symbols of Rock music. Her hyperrealistic paintings question the sustainability of the artwork, its literature, and its archive.
order wishlist
Texts by Diedrich Diedrichsen, Santiago Espinosa, Seldon Hunt, Élodie Lesourd, Kevin Muhlen. 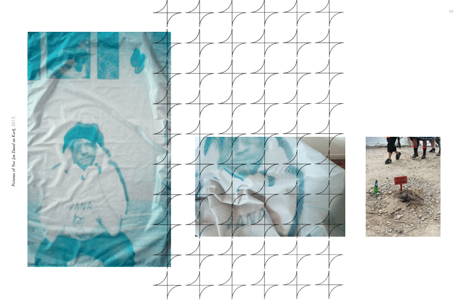 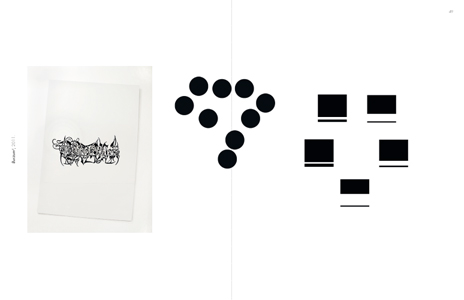 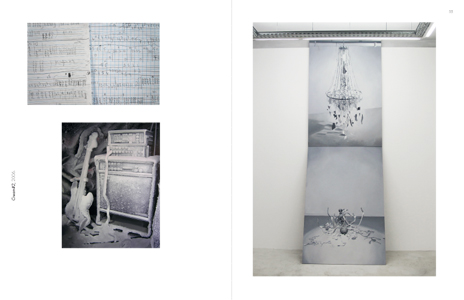 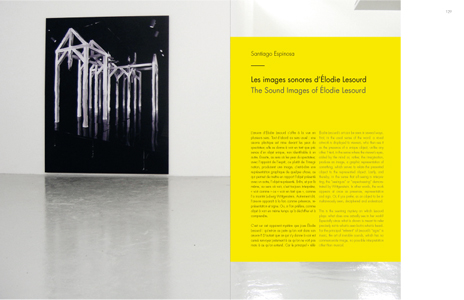 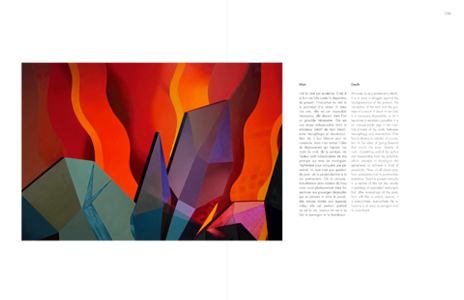 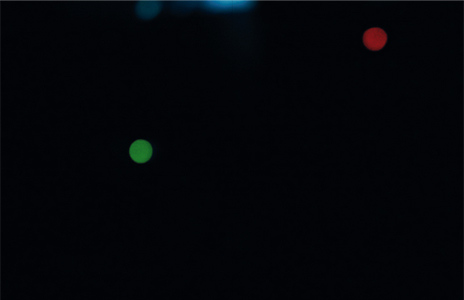