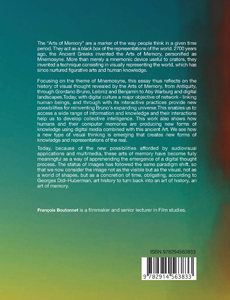 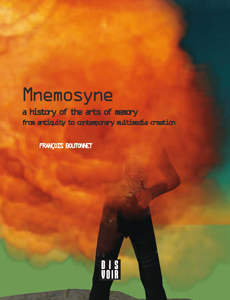 order
wishlist
François Boutonnet's Mnemosyne offers the first consideration of the “Arts of Memory” from antiquity to contemporary art, connecting it to mind mapping in digital culture.
The “Arts of Memory” are a marker of the way people think in a given time period. They act as a black box of the representations of the world. 2700 years ago, the Ancient Greeks invented the Arts of Memory, personified as Mnemosyne. More than merely a mnemonic device useful to orators, they invented a technique consisting in visually representing the world, which has since nurtured figurative arts and human knowledge.
Focusing on the theme of Mnemosyne, this essay thus reflects on the history of visual thought revealed by the Arts of Memory, from Antiquity, through Giordano Bruno, Leibniz and Benjamin to Aby Warburg and digital landscapes.Today, with digital culture a major objective of network—linking human beings, and through with its interactive practices provide new possibilities for reinventing Bruno's expanding universe.This enables us to access a wide range of information and knowledge and their interactions help us to develop collective intelligence. This work also shows how humans and their computer memories are producing new forms of knowledge using digital media combined with this ancient Art. We see how a new type of visual thinking is emerging that creates new forms of knowledge and representations of the real.
Today, because of the new possibilities afforded by audiovisual applications and multimedia, these arts of memory have become fully meaningful as a way of apprehending the emergence of a digital thought process. The status of images has followed the same paradigm shift, so that we now consider the image not as the visible but as the visual, not as a world of shapes, but as a concretion of time, obligating, according to Georges Didi-Huberman, art history to turn back into an art of history, an art of memory.
François Boutonnet (born, 1951 in Perpignan) is a senior lecturer in Film studies.
order wishlist
published in October 2016
English edition
21,5 x 27,5 cm (softcover)
128 pages (28 b/w ill.)
22.00 €
ISBN : 978-2-914563-83-3
EAN : 9782914563833
in stock
table of contents 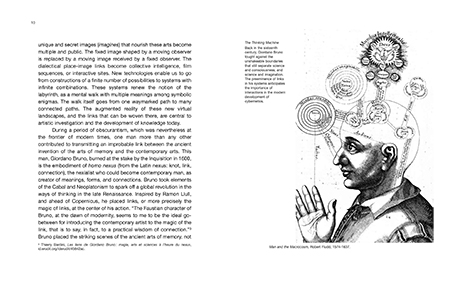 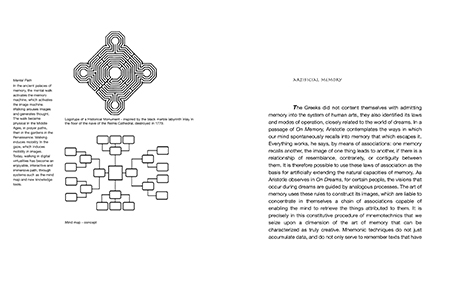 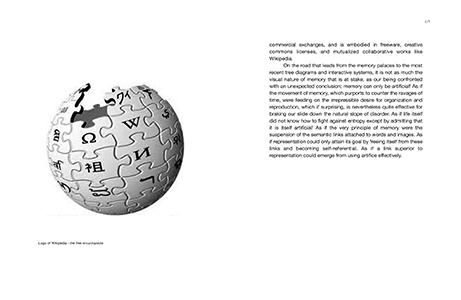